Kuala Lumpur, 16 December 2017 – 'Never Was the Shade', a short film by Lim Kean Hian, has emerged as the Grand Prize Winner for the BMW Shorties 2017. Lim Kean Hian’s winning entry will receive a production grant of RM75,000 from BMW Group Malaysia, alongside guidance and mentorship from the competition’s panel of judges to produce his next professional short film.

In its eleventh year running now, the BMW Shorties received the submission of 90 short films, in which 9 were shortlisted for contention in the competition this year.

This year’s winning short film – ‘Never Was the Shade – was set on the premise of a quiet and serene night at a hospital, and tells the story of two half-brothers with different beliefs, arguing about their father’s burial. Through clever dialogues and compelling acting by the cast members, Director Lim Kean Hian effectively communicated the unspoken truth about the disparities that lie between human relationships and different religions.

Speaking at the awards ceremony, Lim Kean Hian said, “I am humbled and thrilled to have won the Grand Prize in my first venture into the BMW Shorties. At the same time, I am also grateful that my team believed in my vision for ‘Never Was the Shade’, and has worked alongside me to successfully convey the faithfulness of differing beliefs in today’s world. When the theme ‘Vision’ was announced, we decided to pursue a short film that showcases the concept of differing visions leading up to one path which goes down to the very bare roots of family relationships – the struggles of differing opinions and faith between two brothers.”

Lim elaborated on the setting and idea behind ‘Never Was the Shade’, and explained that despite being connected by blood, sometimes siblings might never see eye to eye. “This is a common occurrence in most families, especially with personalities who have contrasting ideas and thoughts. In situations like this, usually the only way forward is through understanding and tolerance to move beyond the unlikely,” he added.

“We saw a story here, and wanted to bring to life some familial challenges that are oftentimes swept under the carpet. The most important thing we wanted to highlight through ‘Never Was the Shade’ is unity – the glue that bonds a family together, regardless of existing differences,” Lim concluded.

The script and intelligent cinematography of the winning short film evoked a mixture of emotions and logic implanted a lasting impact in the judges’ deliberation room this year. Fellow judge and award-winning creative producer Nandita Solomon, said, “The minimalistic production design for ‘Never Was the Shade’ is impressive for a short film produced under a low budget, and through a single prop, managed to capture the minute details that expand into multiple layer of stories and motives to bring the story to life.”

Ho Yuhang, who is no stranger to the Malaysian film scene and one of the BMW Shorties 2017 judges said, “It's a tightly wound film set in a length of time that could be limited for a theme this ambitious. However, the intensity of the acting and the atmosphere is strongly felt due to the confident cinematography and editing which manages to capture the moments palpably. The script, though didactic at times, is complete in its design and doesn't pretend to be anything else.”

Filmmaker Nadira Ilana, who joins the BMW Shorties’ judging board again for the second time this year, said, “’Never Was the Shade’ is the kind of short film that you hope to discover in a competition like this. It’s got this wonderful raw energy and performances that try to capture the angst of Malaysian youth. He borrows from some film auteurs but as Kean Hian develops his voice, I hope that he maintains his fearlessness and I look forward to him approaching bolder, louder local themes.”

Meanwhile, actor, writer, and judge Redza Minhat remarked, “The essence of the story lies in the writing. While it was a sensitive topic, the director has cleverly told his story to leave a deep resonance amongst the audience.”

Commenting on the overall impression on ‘Never Was the Shade’, indie filmmaker and judge Tan Chui Mui said, ‘Never Was the Shade’ has all the makings for an award-winning short film. It has compelling acting and cinematography, thoughtful production design, and above all, a powerful story. All of this is done with only two actors, one location and on a tight budget. My hats’ off to the director!”

On top of the Grand Prize honour, ‘Never Was the Shade’ also took home the awards for Best Actor, Best Screenplay, and Best Editing.

Speaking at the Awards Night, Mr. Han Sang Yun, Managing Director and CEO at BMW Group Malaysia said, “The long-running BMW Shorties set out with one mission: to support local filmmakers and provide a platform for talents to showcase their art. This year, we are also introducing the first-ever BMW Shorties Festival, to strengthen our commitment towards filmmaking. Tonight, with the Festival and these talented faces before us, BMW Malaysia’s vision is realised, and we are honoured to have been a part of this journey to enable Malaysian filmmakers in realising their passion. We look forward to building a stronger platform in the years to come.”

To see the full list of the BMW Shorties winners and finalists, please visit www.bmwshorties.com.my. For more information about BMW Shorties, http://www.facebook.com/BMWShorties. 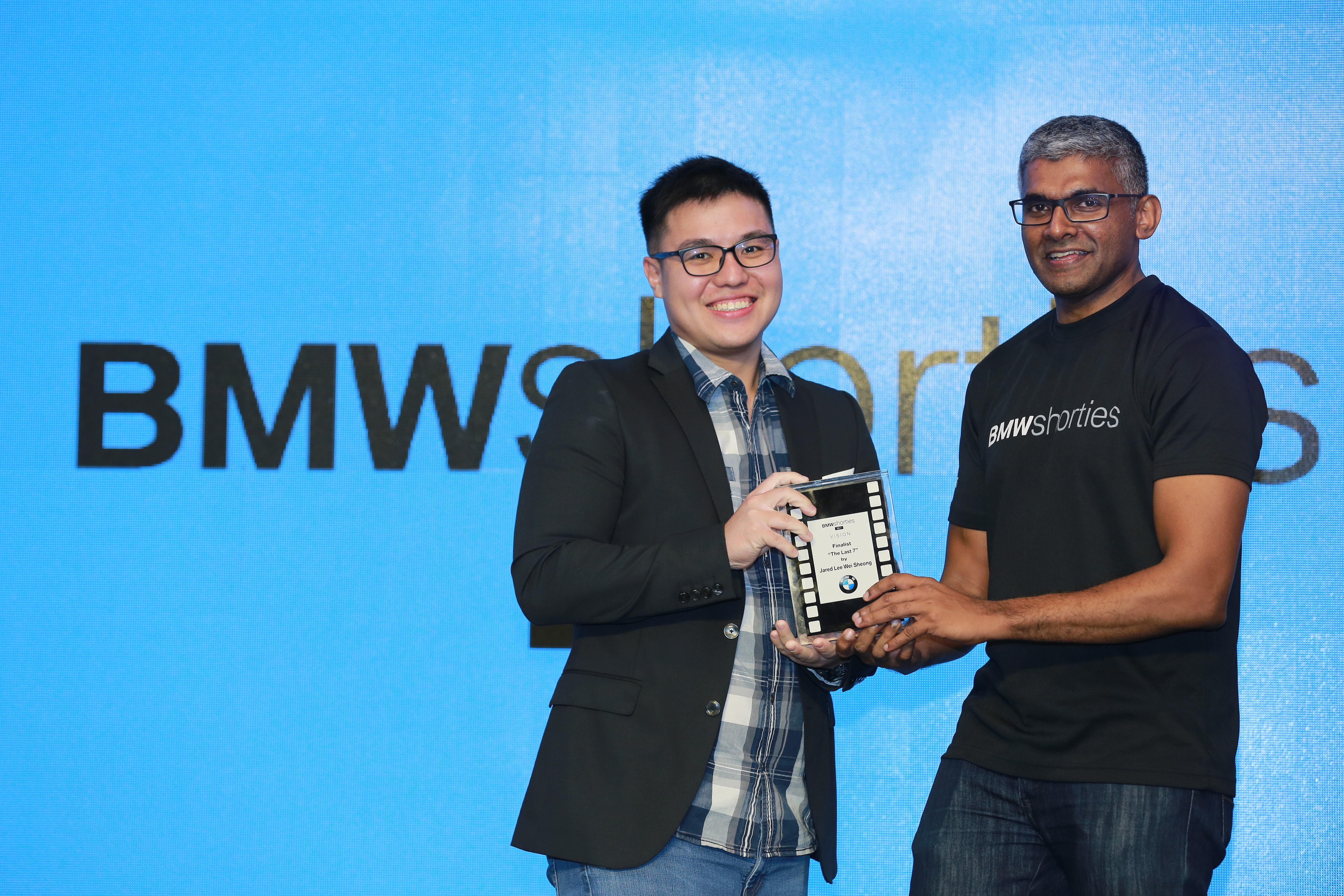 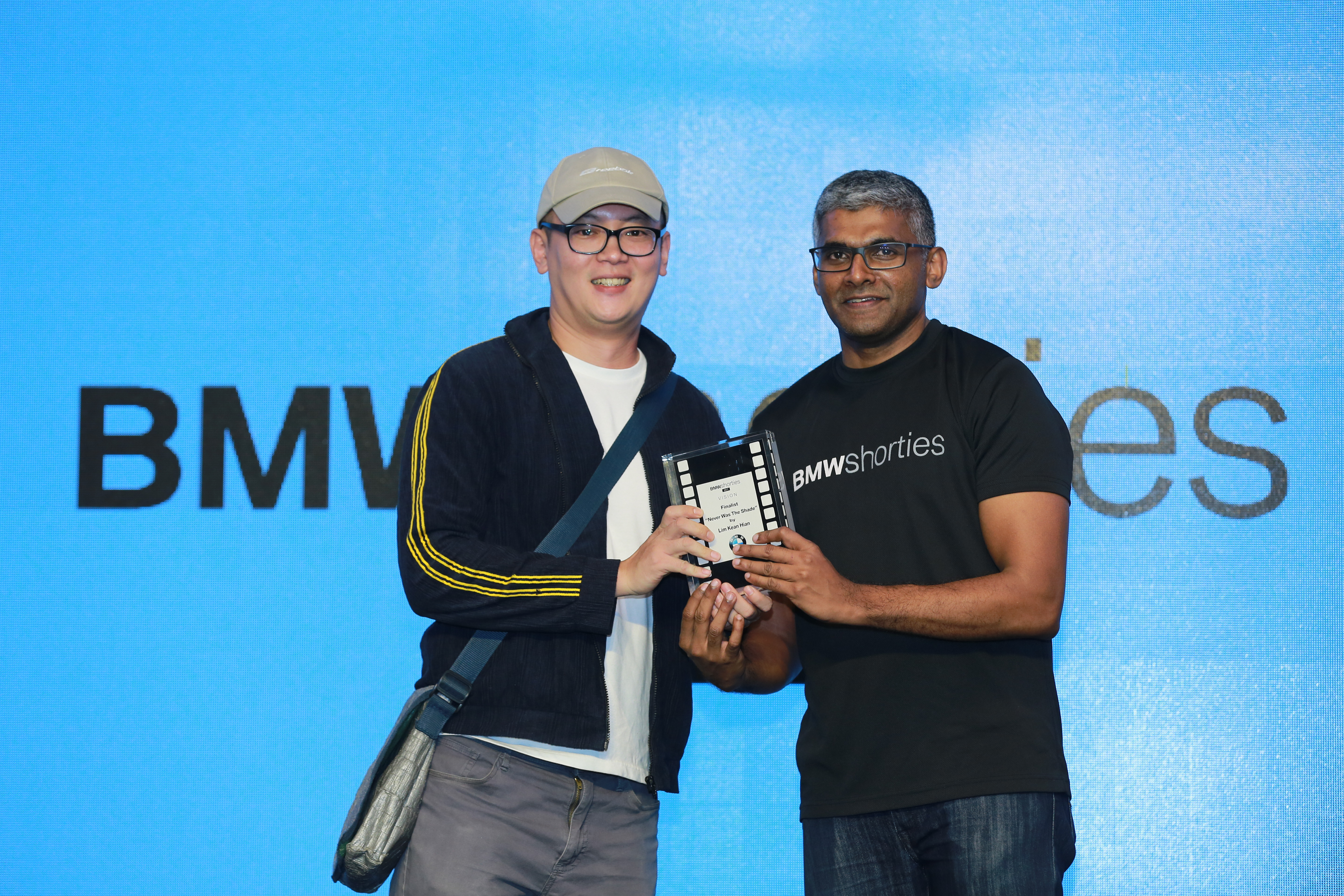 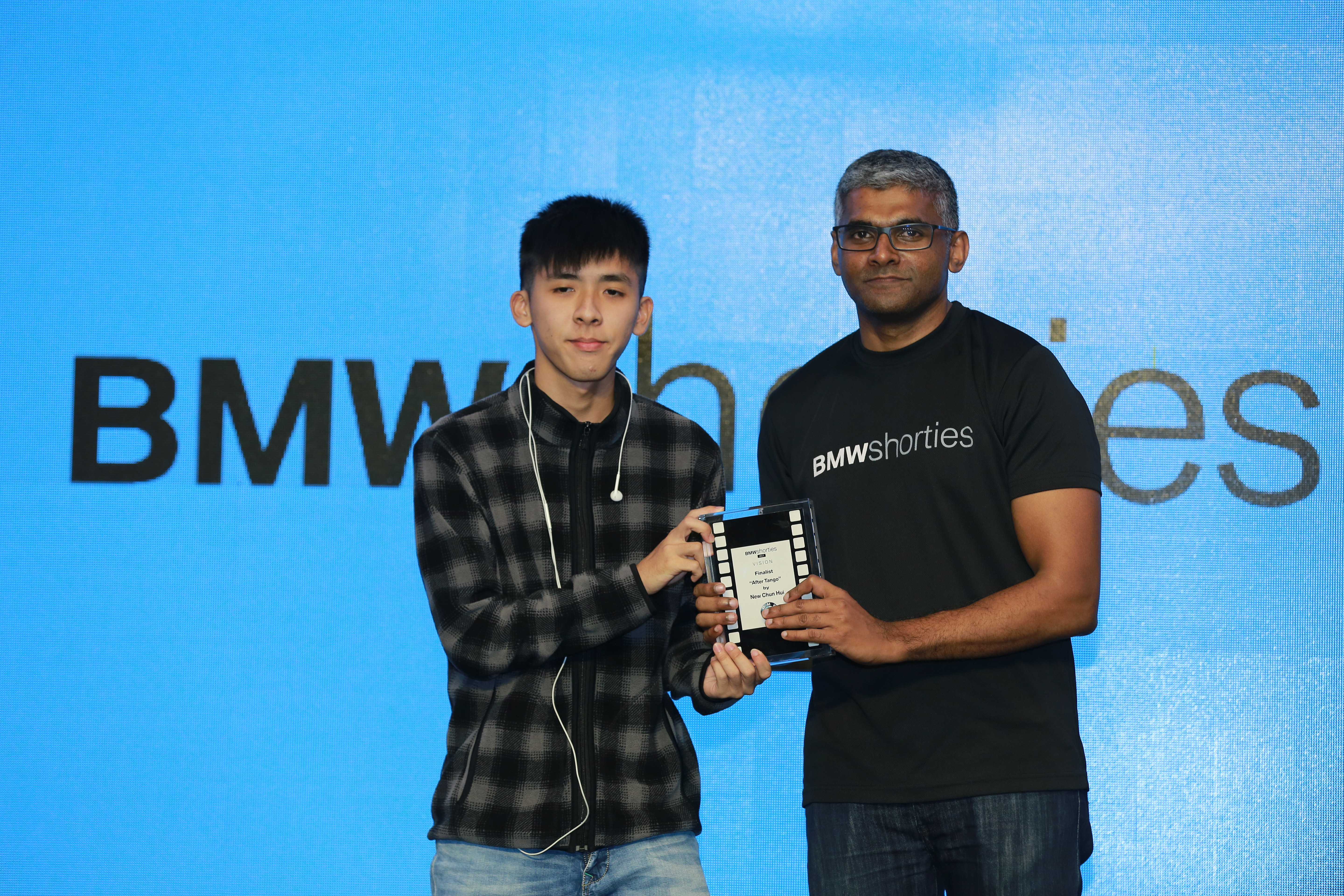 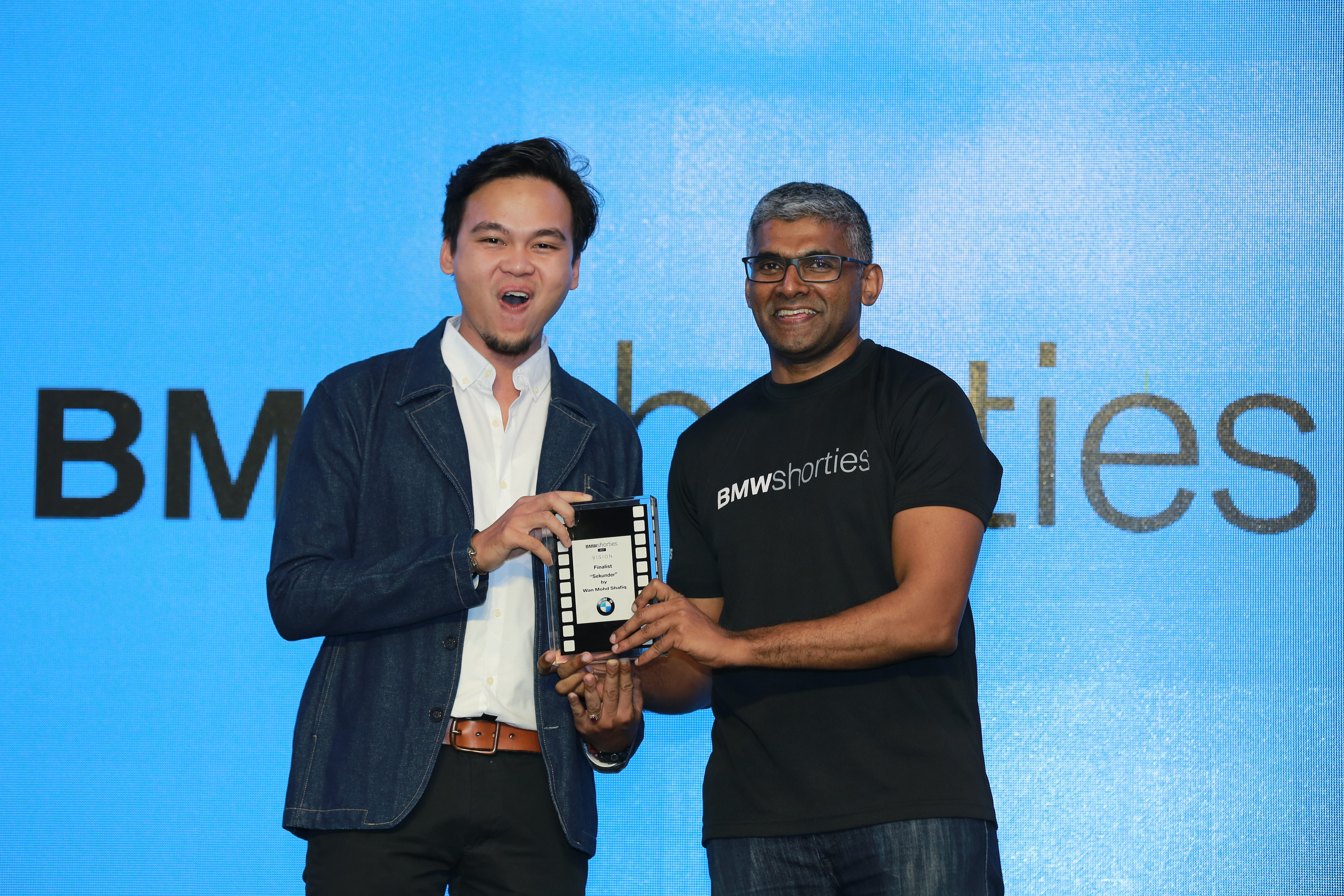 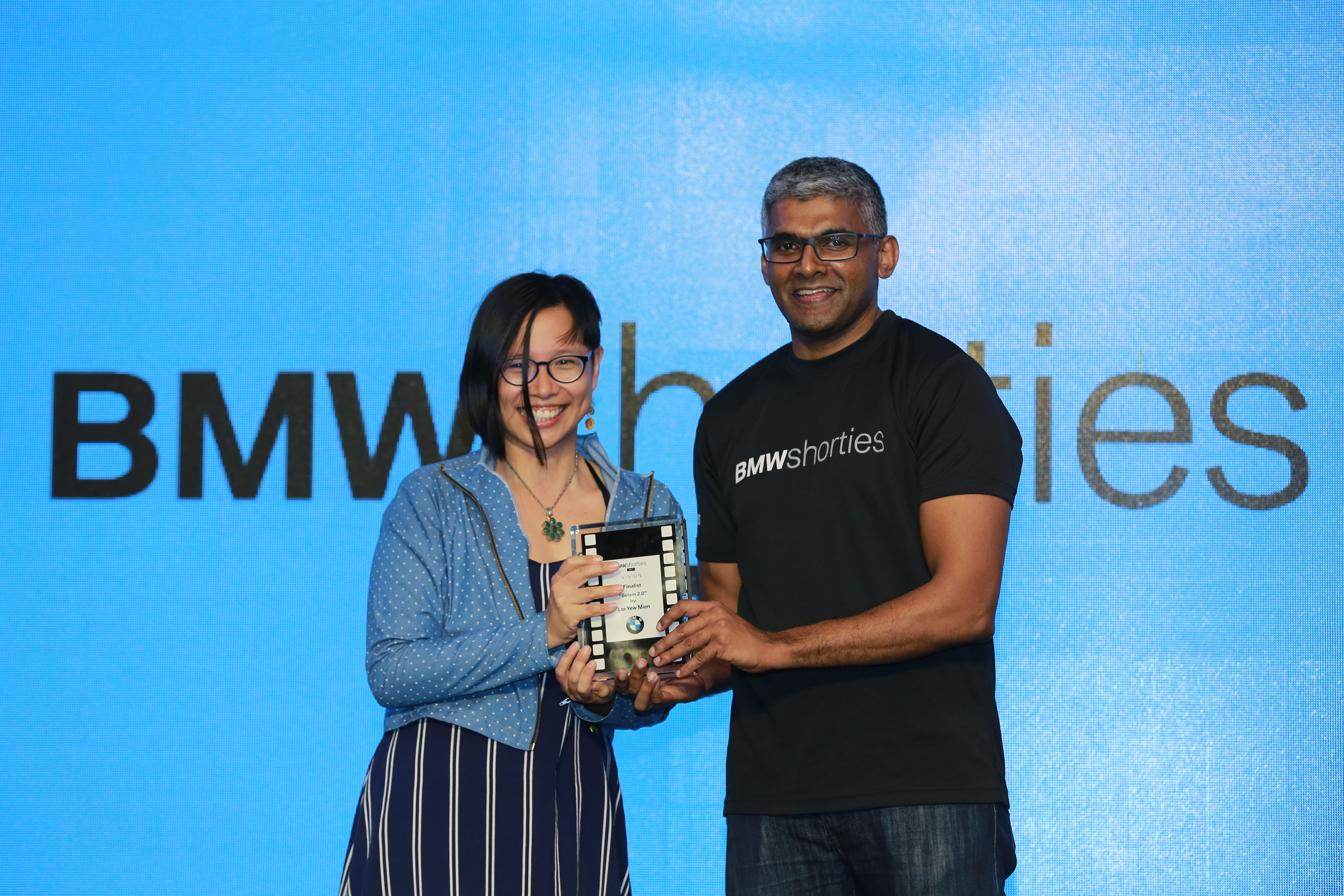 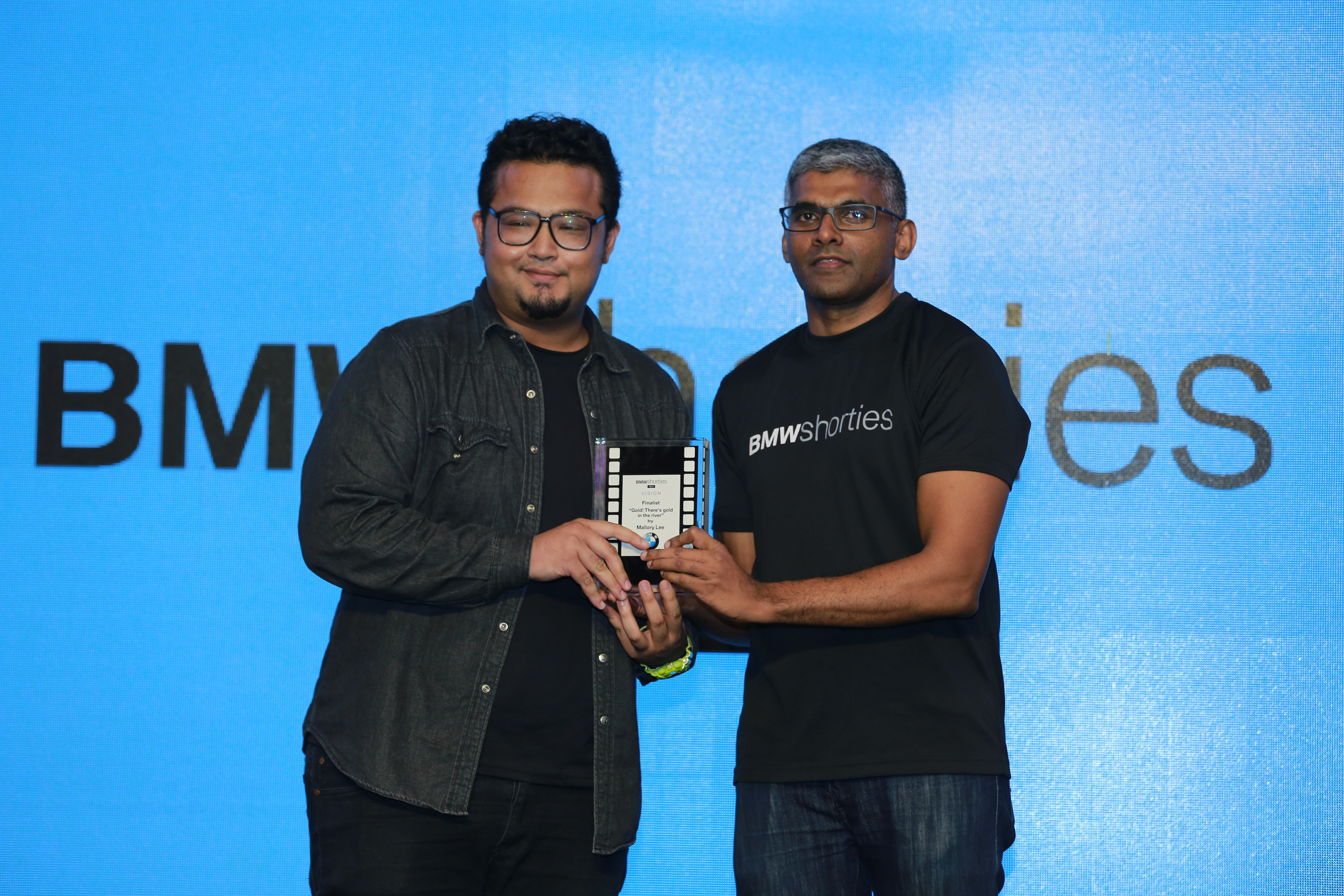 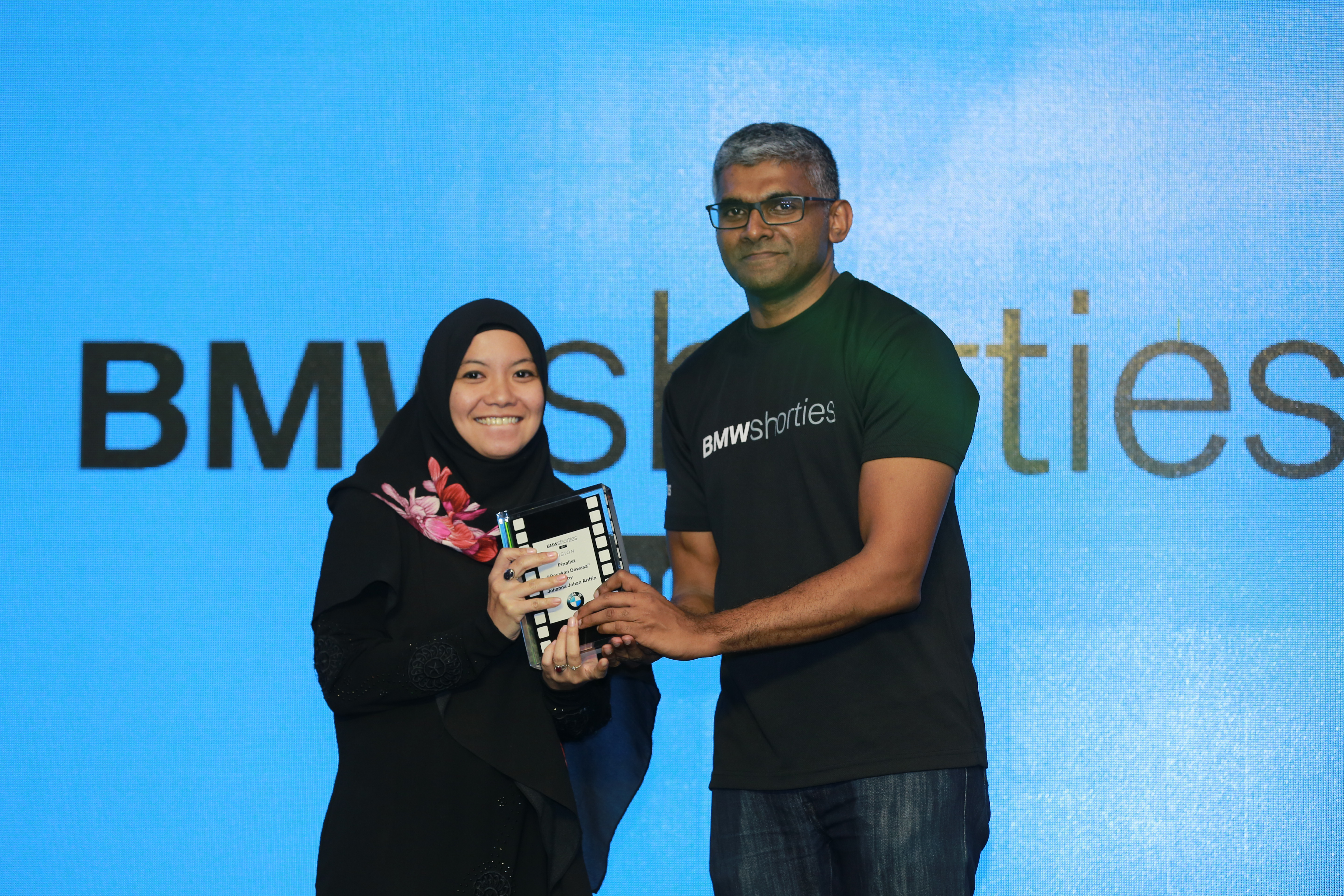 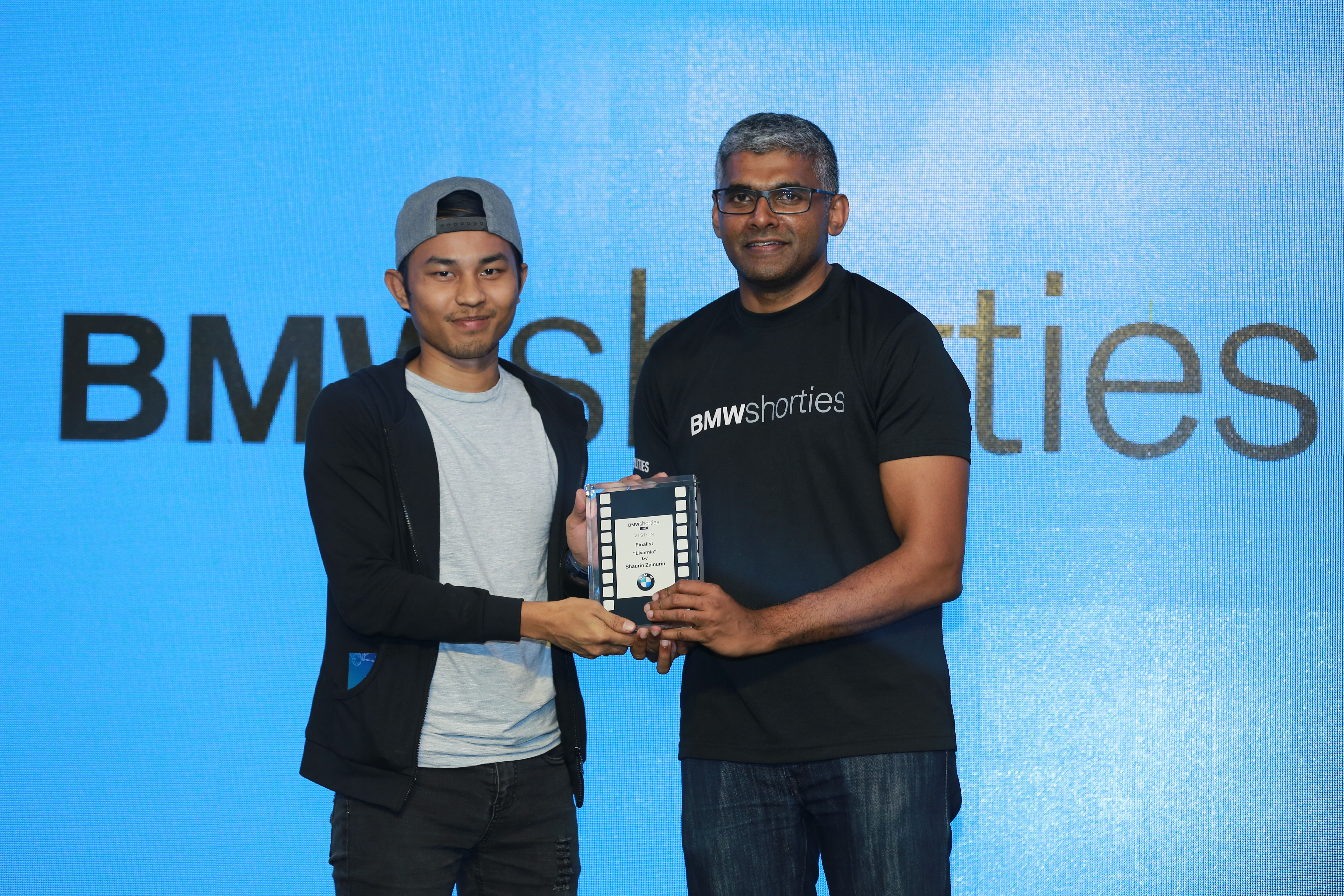 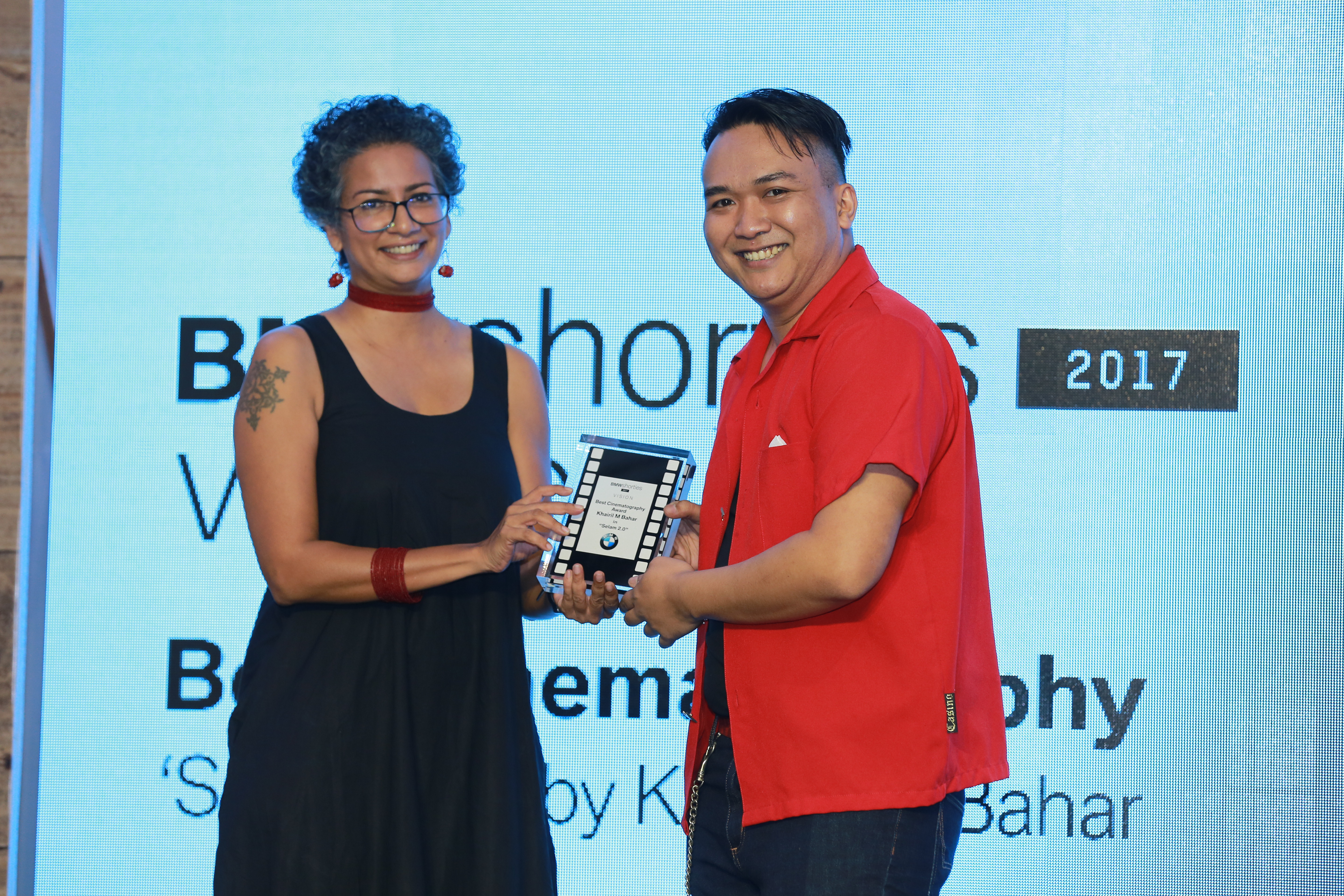 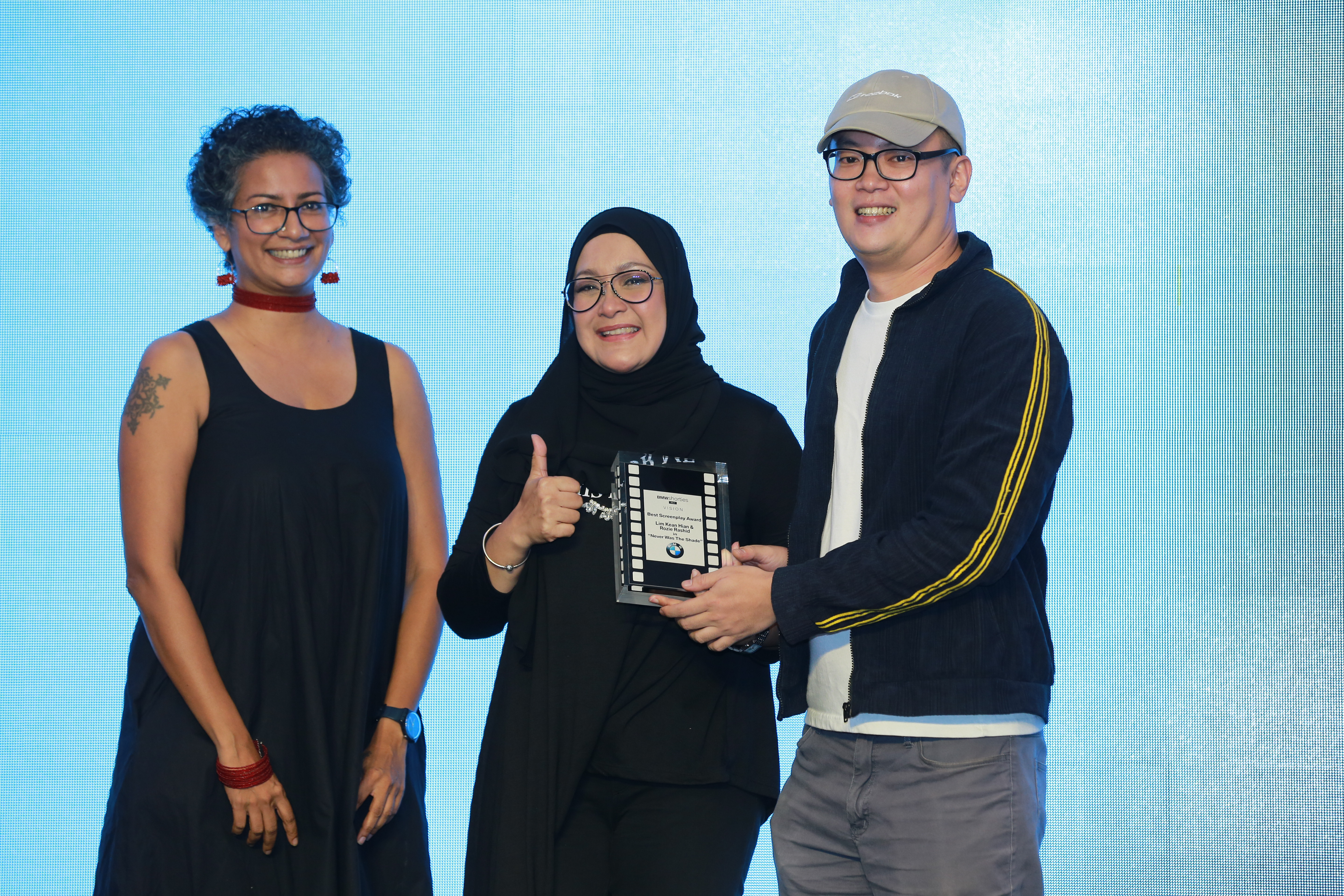 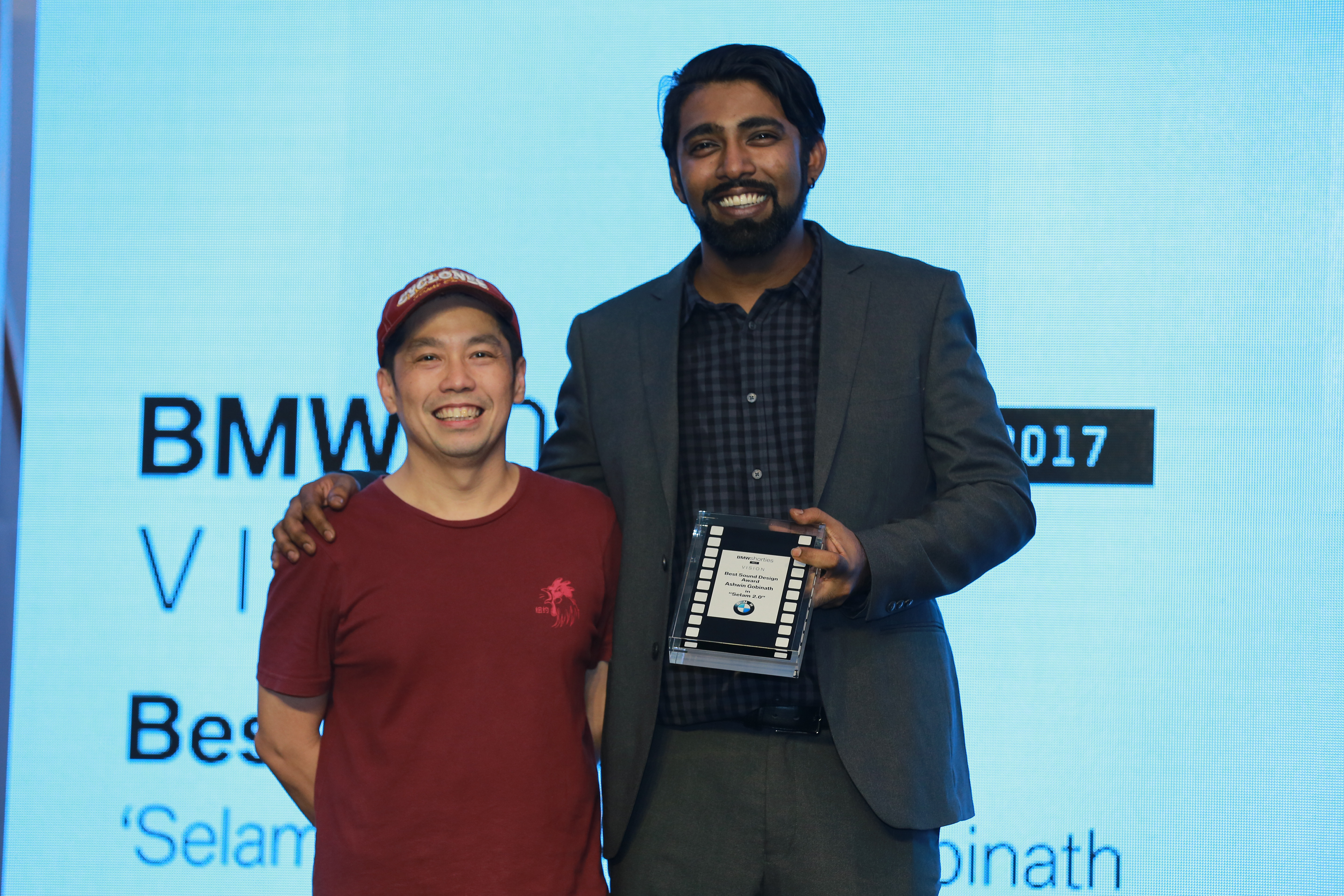 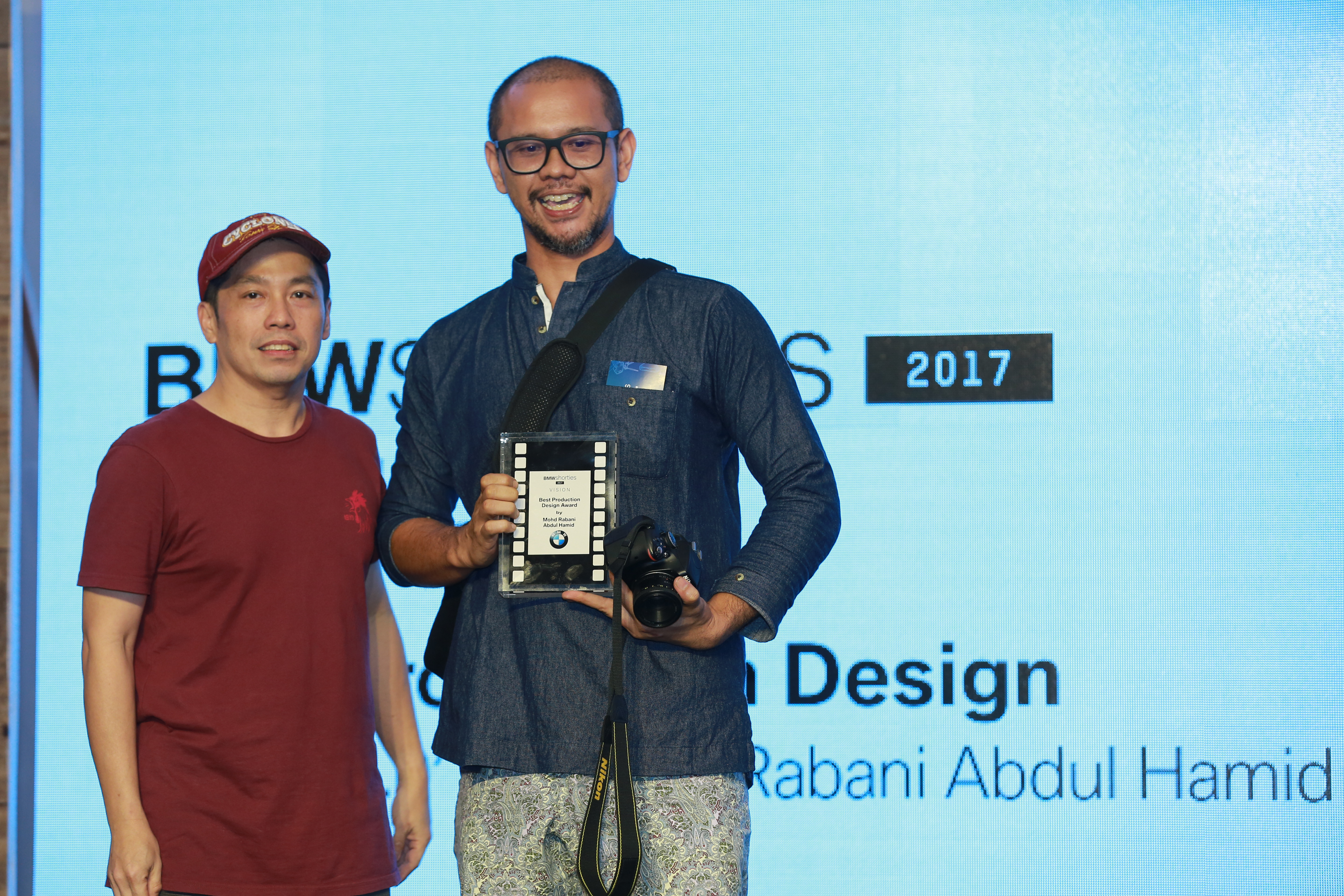 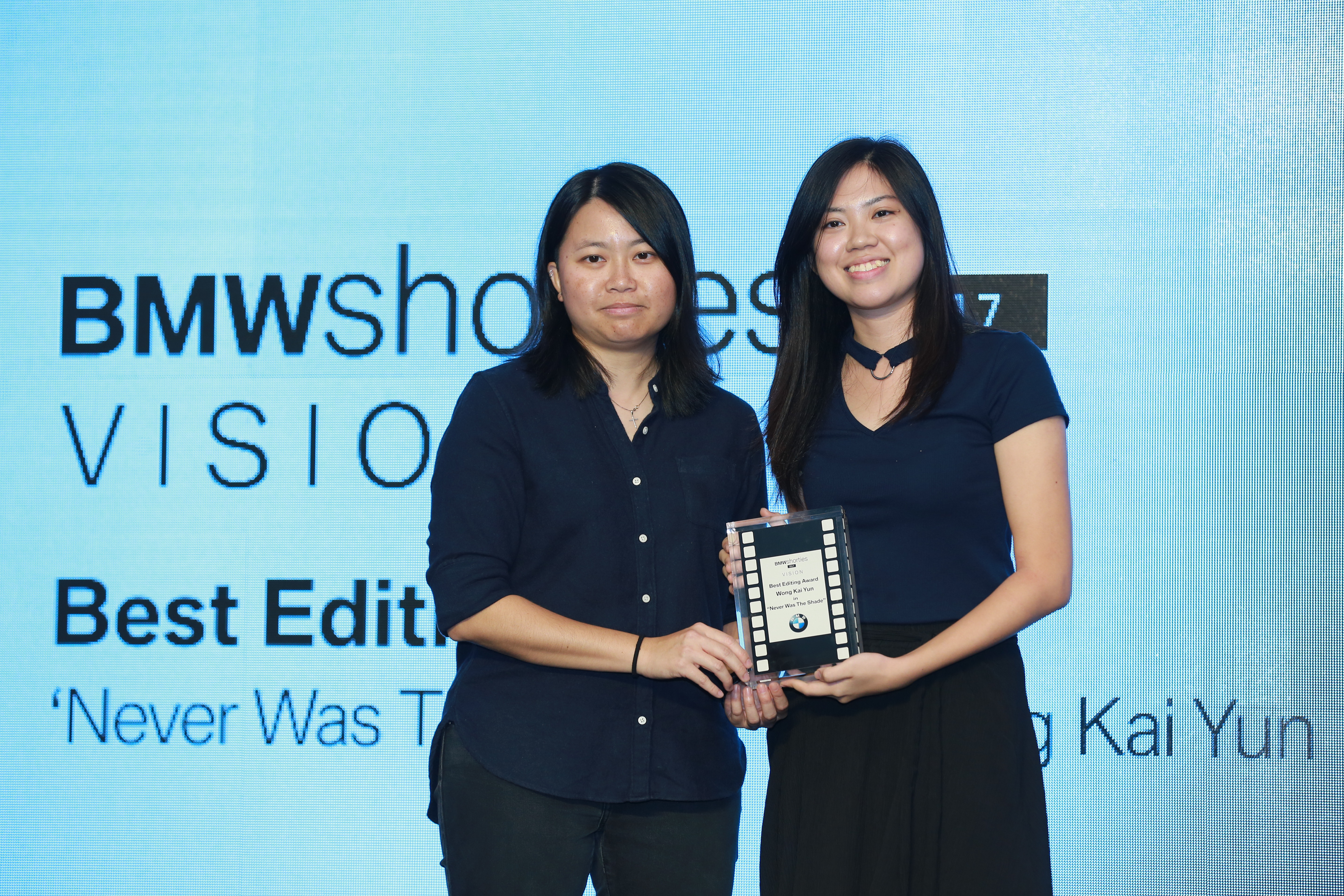 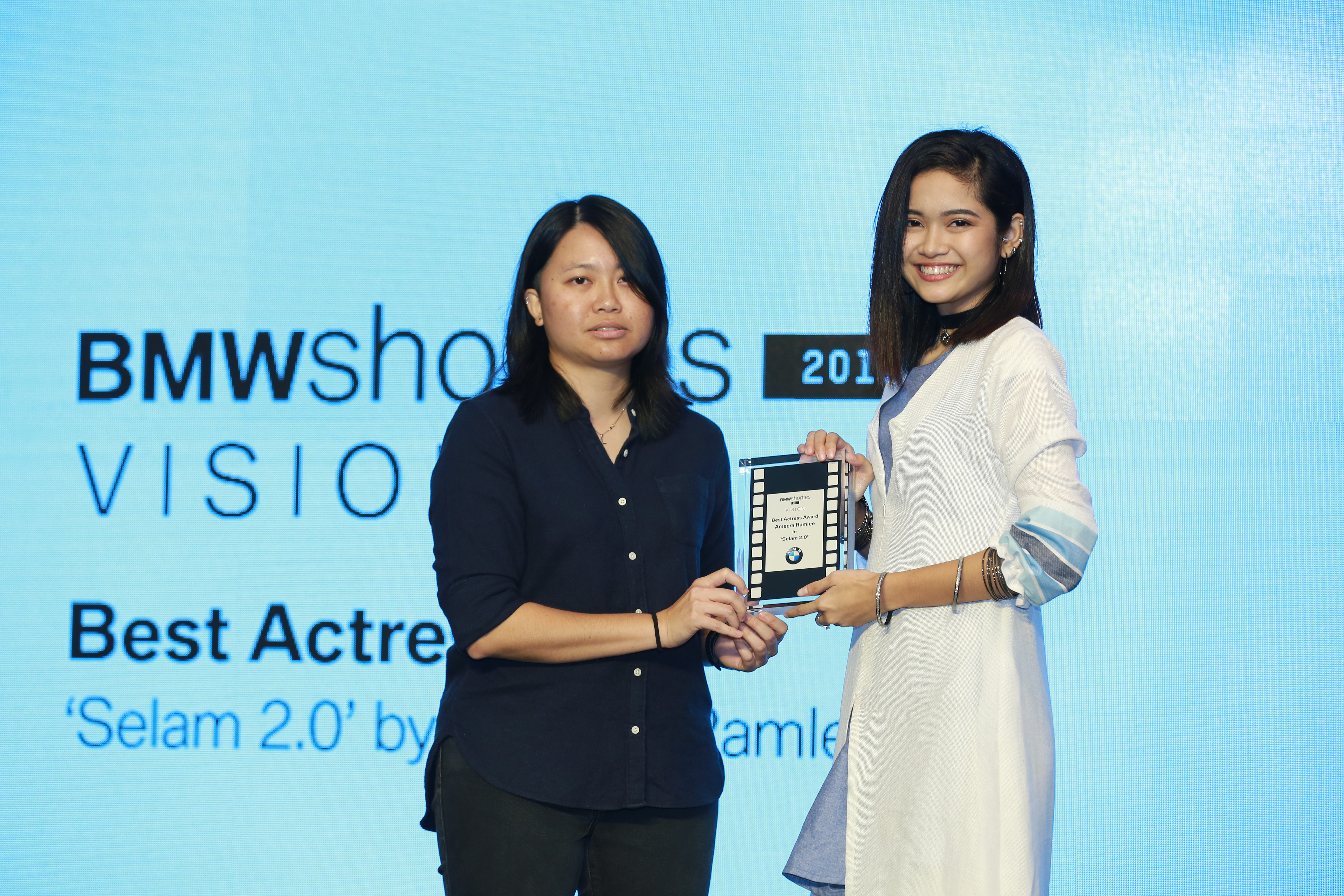 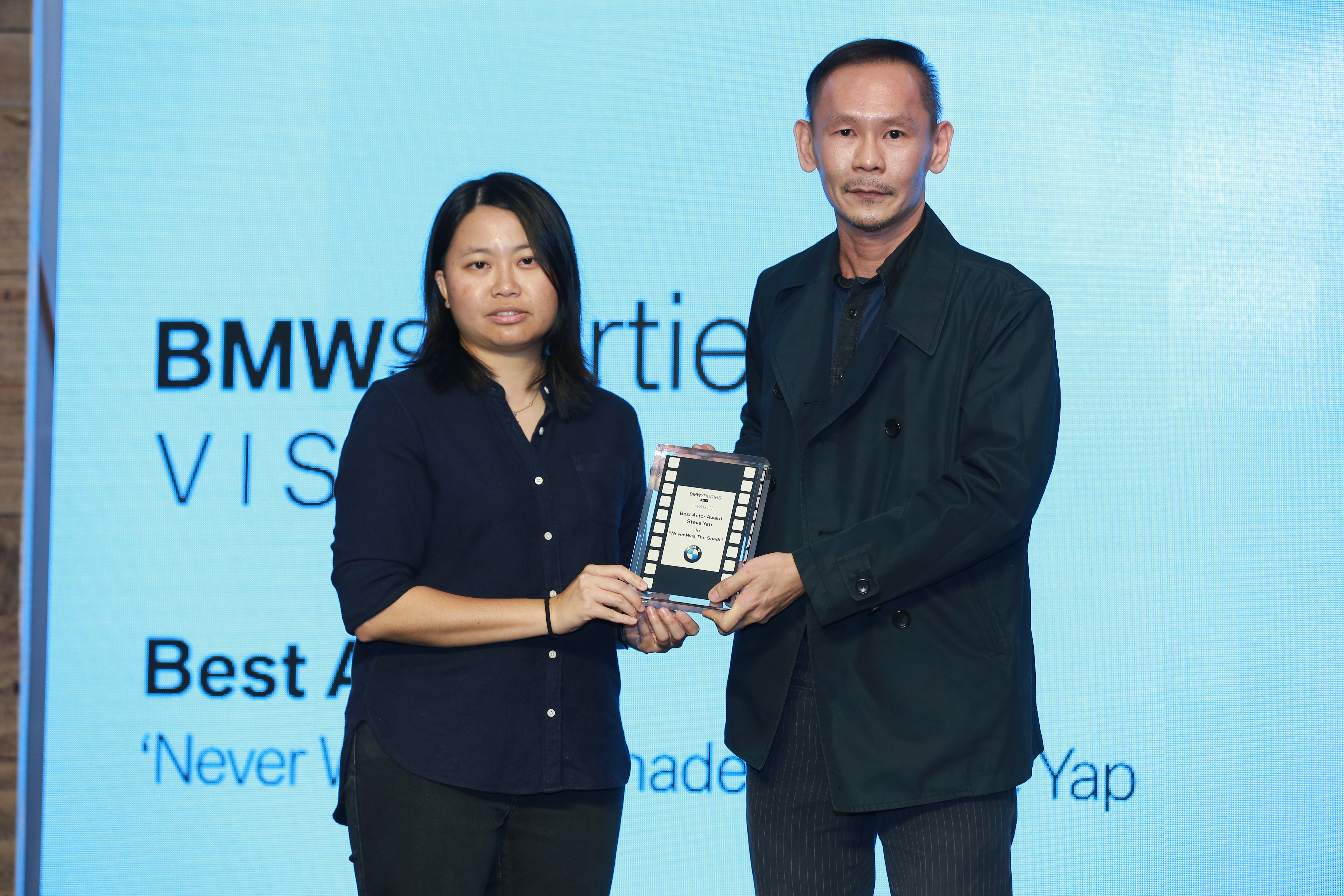 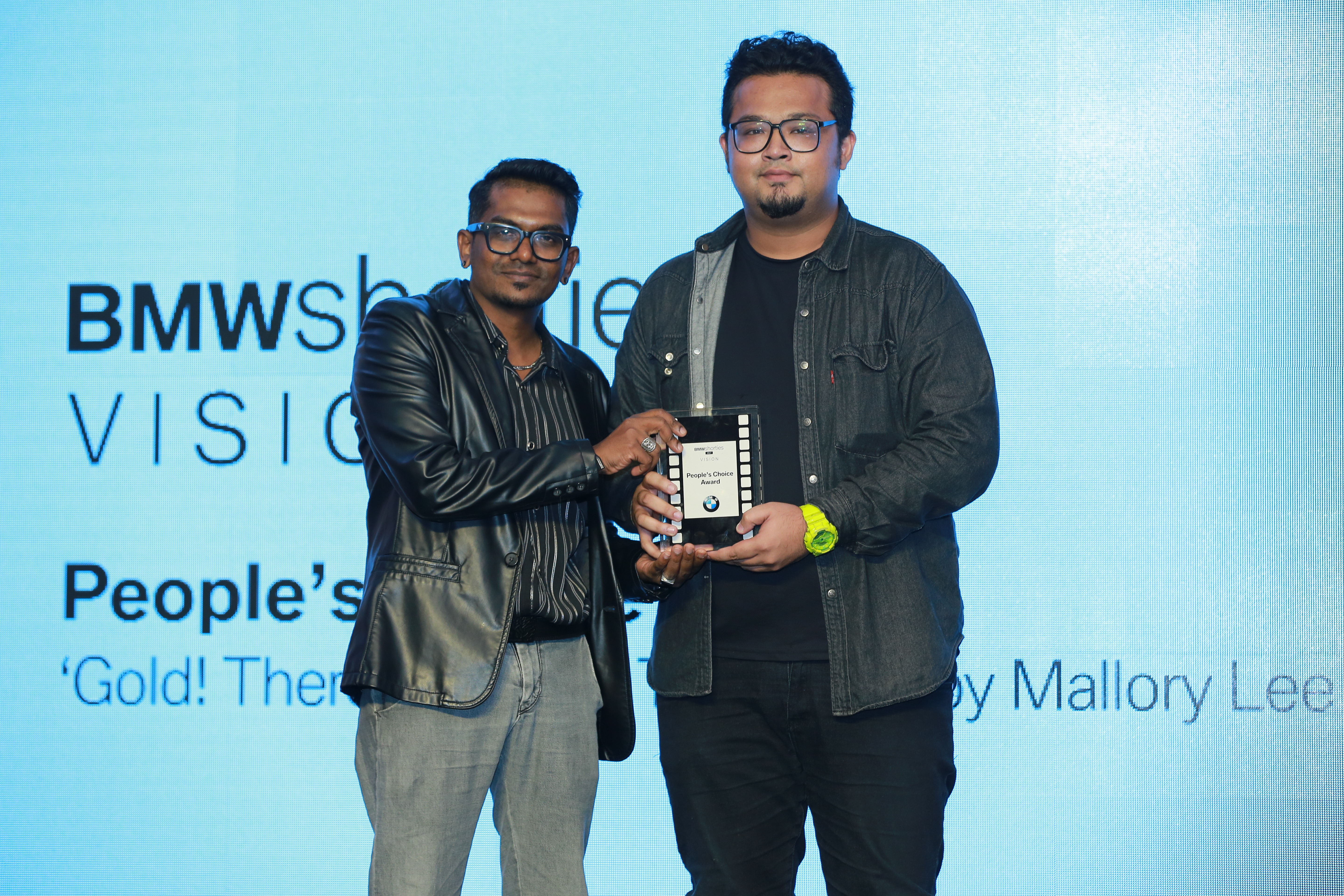 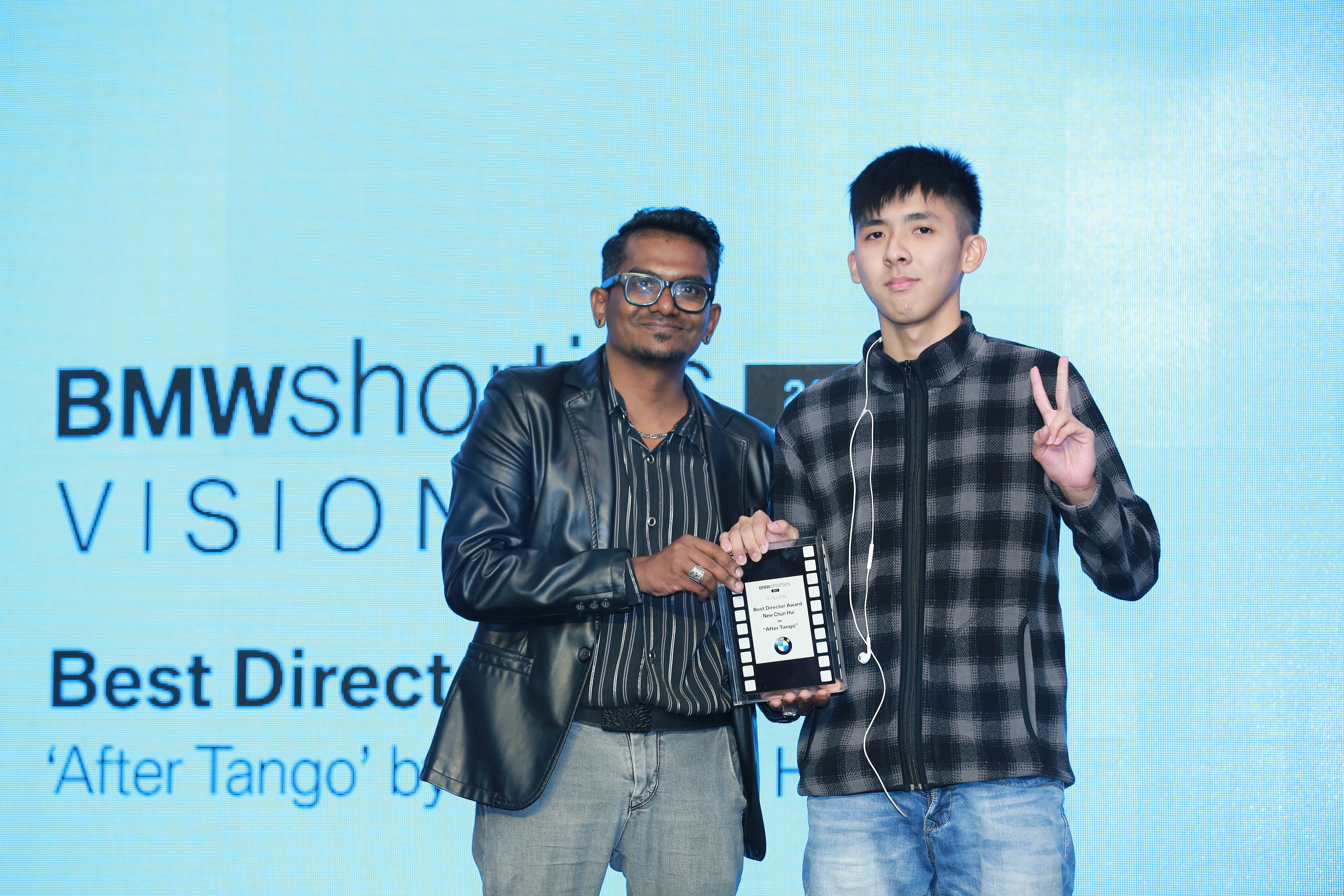 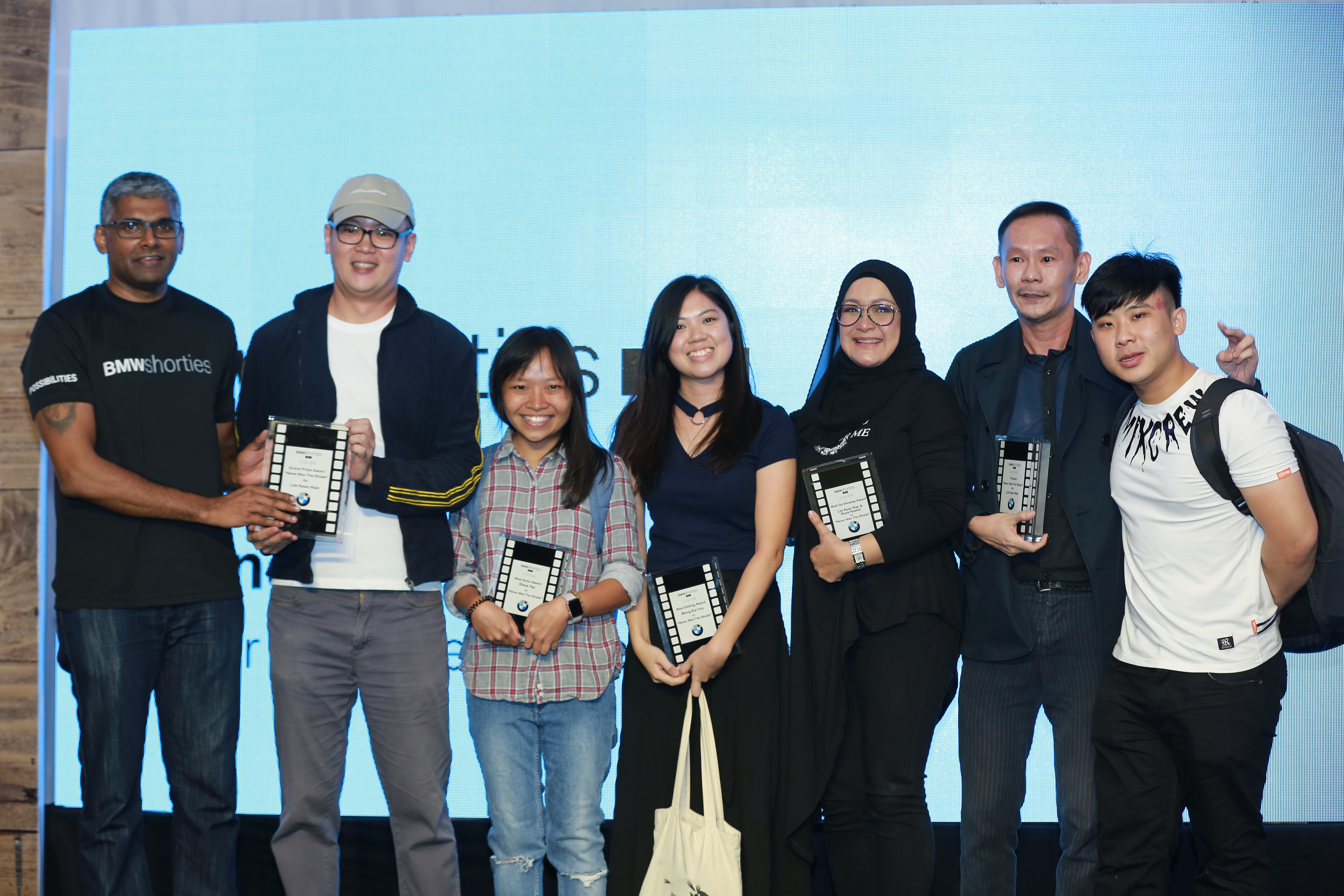 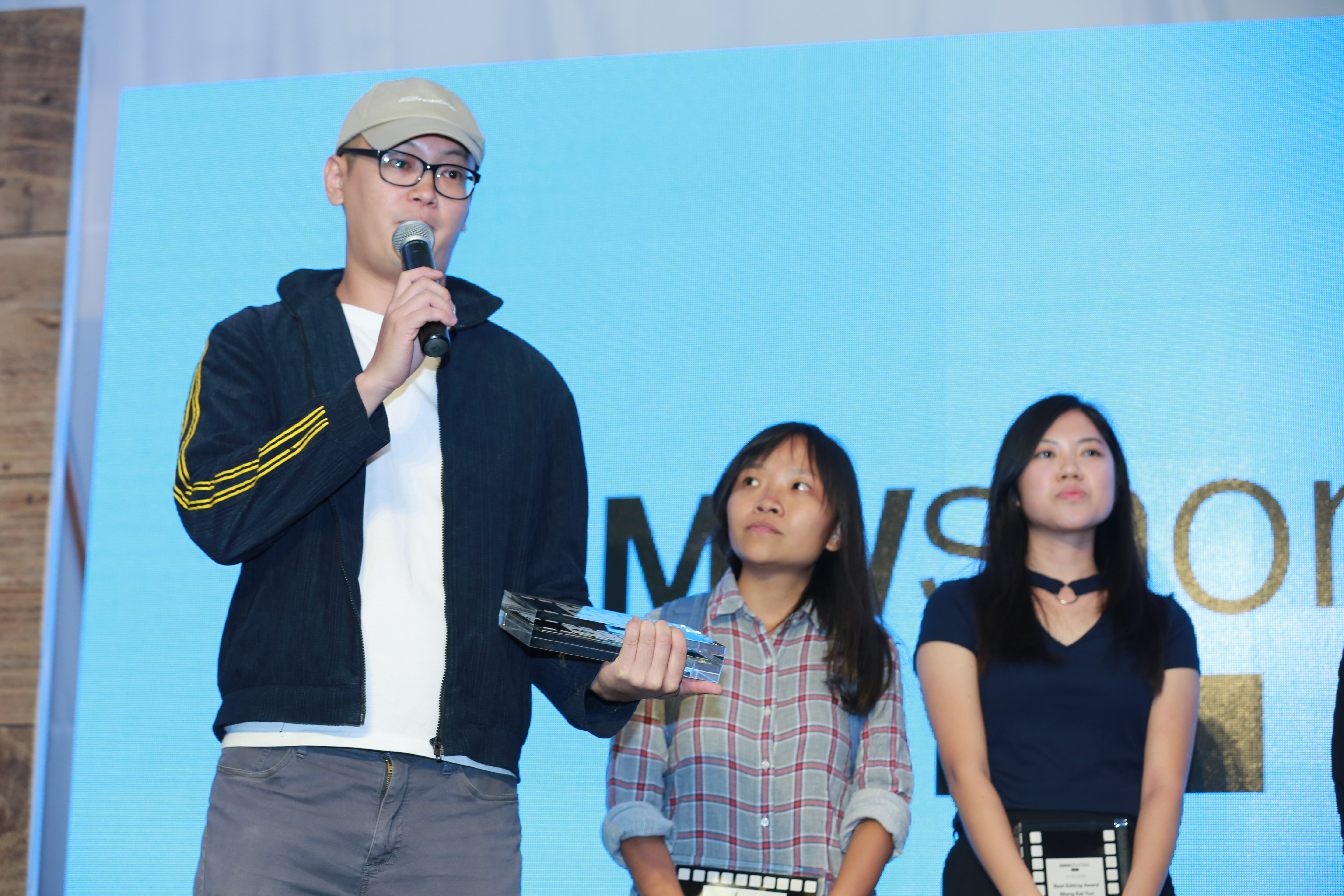 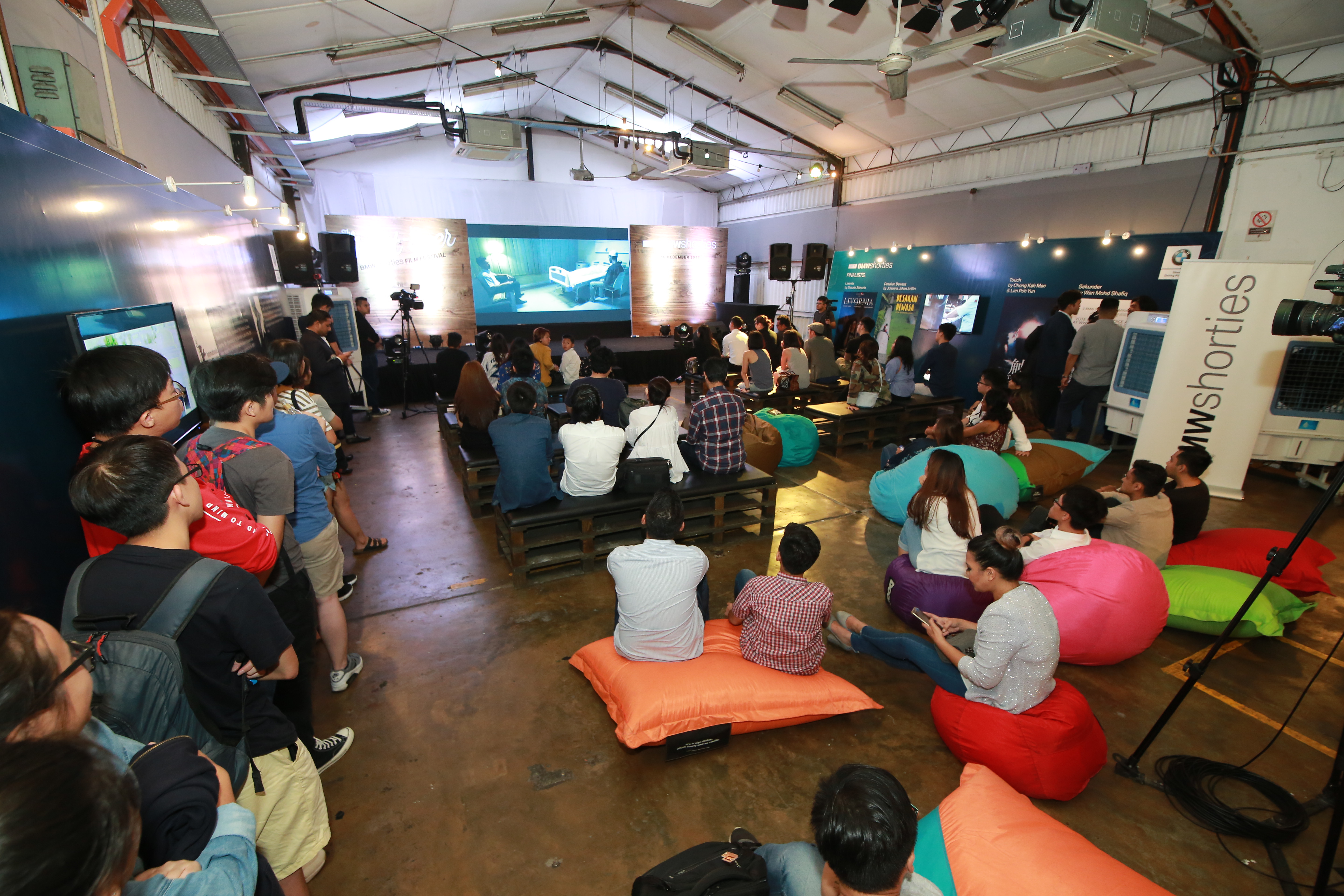 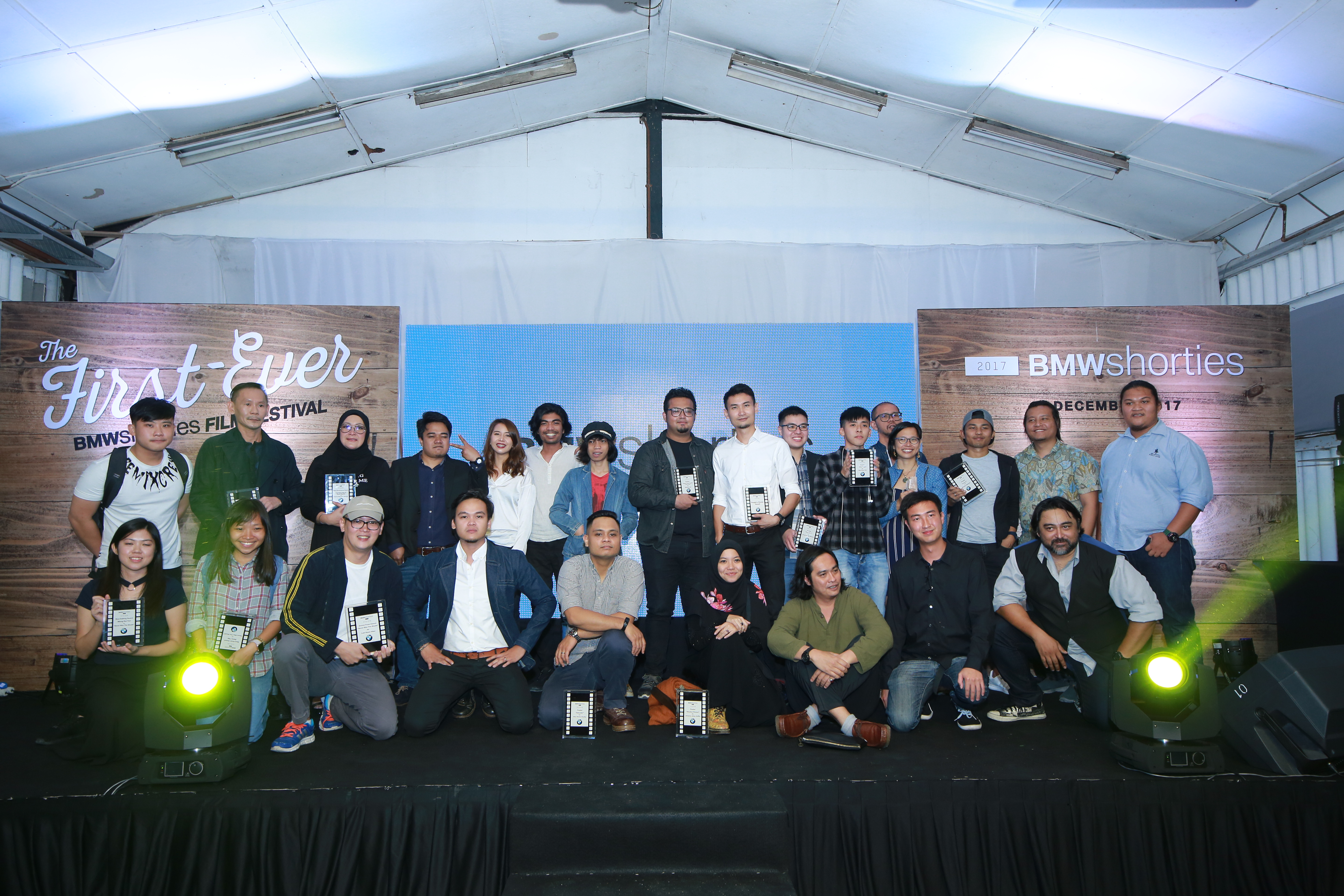 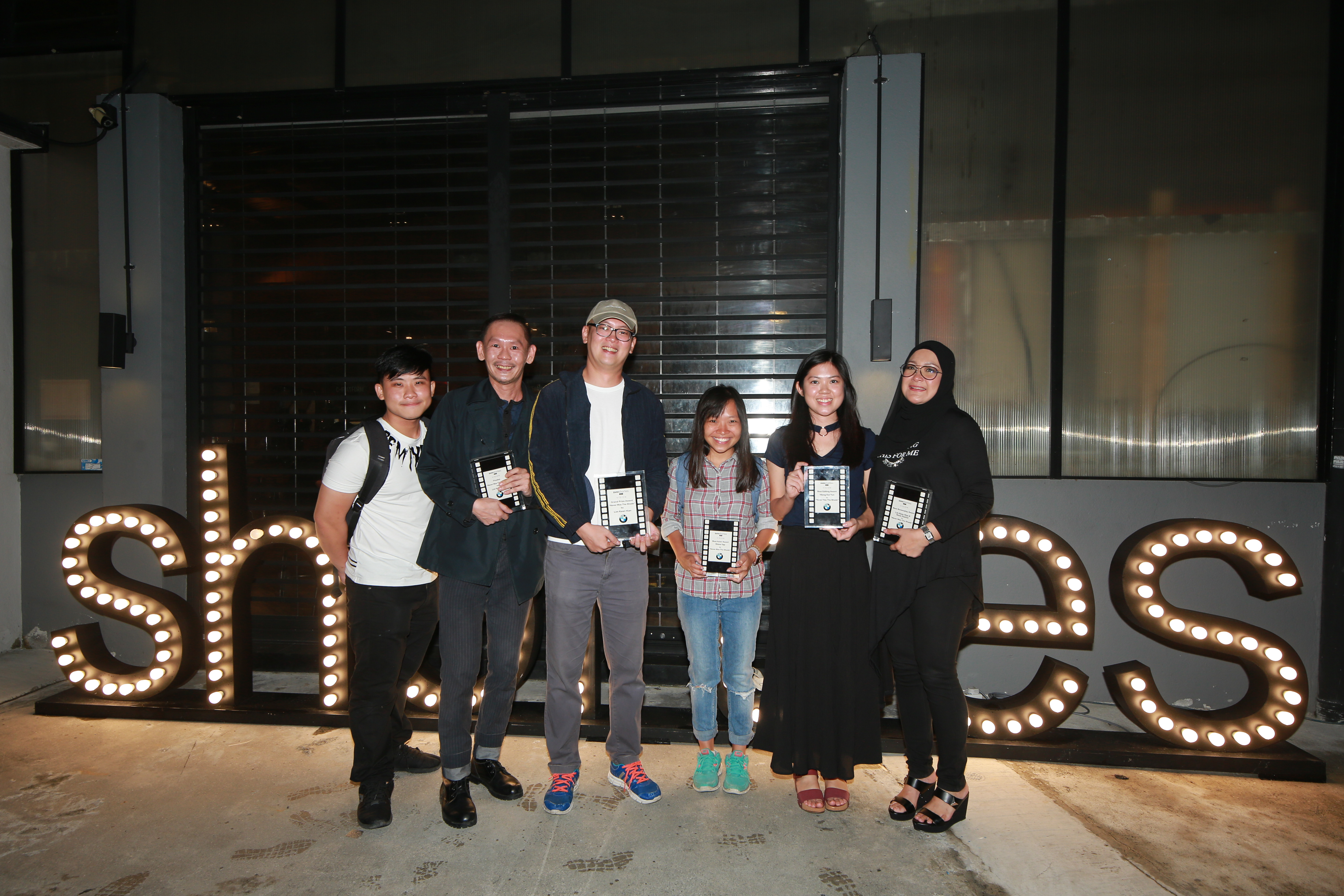 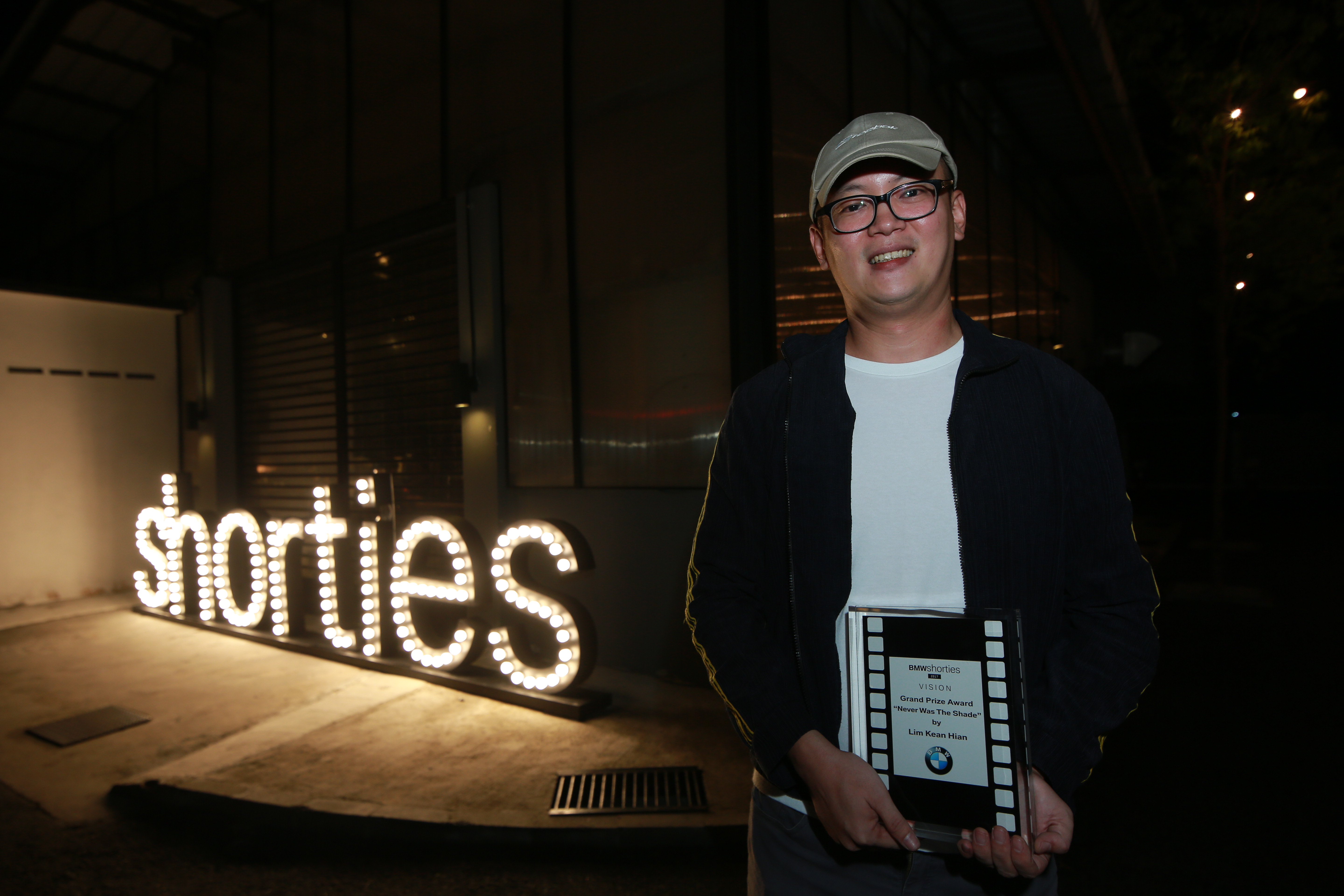