The 10th Edition of the BMW Shorties received 115 films, its highest number of entries and shortlisted 12 finalists for contention in the competition this year.

Tan Ce Ding who has participated in the BMW Shorties since 2010, has been placed in the Top 10 Finalist five times but has never won the competition until now. He will be receiving a production grant of RM 75,000 from BMW Group Malaysia alongside guidance and mentorship from the panel of judges to produce his next professional short film.

Set in a post-apocalyptic zombie-plagued Malaysia, 'Hawa' tells the story of friendship between Hawa, a girl who has been infected by a zombie bite and a carefree boy named Meng. Through the clever use of symbolism, Director Tan Ce Ding effectively communicates the nature of the journey of friendship – specifically its vulnerability to the toxicity of social issues which is likened to a zombie pandemic in the film threatening the friendship between Hawa and Meng.

Speaking at the awards ceremony, Tan Ce Ding, Director of 'Hawa' said, “After several years of participating in the BMW Shorties, I am thrilled to have finally won the Grand Prize together with a team who believed in a story as bold as 'Hawa' and successfully retold it through passion and excellence. When the theme ‘Journey’ was announced, we decided to pursue a short film which not only entertains but also shares the journey human relationships undergo – the threats it face and its persistence to triumph in spite of.”

Tan elaborated that the symbolism used in 'Hawa', saying that the zombie outbreak can be interpreted as anything which threatens the bond between individuals.

“Just like the zombie pandemic which came between Hawa and Meng, ill-conceived ideas are like diseases infecting our society – posing risks to human relationships conceived out of goodwill. But more than exposing the frailty of human relationships, we wanted to remind the audience to appreciate and fight for the humanity within all of us – that inherently, we seek to bond with one another in spite of social issues threatening to separate us. And in the short film, we see just that in the persevering friendship between Hawa and Meng”, says Tan.

Told through dialogue sparse scenes, 'Hawa' provokes a potent blend of emotions on top of relaying bold themes through ingenious symbolism and competent filmmaking – all of which forged a lasting impact in the judges’ deliberation room this year.

Lina Tan, who has judged in the BMW Shorties for the sixth year, said, “In all my years of judging, 'Hawa' has exceeded my expectations as not only a competent genre film but one which is bold enough to assume a Malaysian flavour. The seamless amalgamation of a blockbuster-level theme like a zombie outbreak together with a raw Malaysian setting to tell the story is what sets it apart from the other entries.”

Filmmaker Nadira Ilana, who joins the BMW Shorties’ judging board for the first time, commented on the use of symbolism in a dialogue-limited script, “As seen in 'Hawa', the use of symbolism is a powerful storytelling tool due to its ability to provoke thoughts covertly and hence with impact. The story of 'Hawa' is one of great maturity and nobility because it infects the audience with ideas with a hope to incite change. At the same time, it does not compromise on entertainment or room for the imaginative to derive deeper meanings.”

Fellow judge and acclaimed filmmaker Liew Seng Tat reciprocates praise for 'Hawa', saying, “The attention to specifics in the production design for 'Hawa' is exceptional. For example, props like the green toy soldiers positioned near the barred windows of Hawa’s bedroom conveys the girl’s yearning for protection against zombies. Props which seem to lie about randomly throughout the short film in truth were key in sustaining the dire atmosphere of a plagued world whilst helping to narrate the story.”

Meanwhile, celebrated sound editor and guest judge Lee Chatametikool remarked on the sound design of 'Hawa', “Sound design, in the case of 'Hawa', is impressive as it helped evoke emotions the director and scriptwriter desire in the audience. Audibility was tailored to draw the audience into a deep empathy which in turn equips them to identify with not only the main characters but to internalize the core themes in the short film.”

Commenting on the overall impression on 'Hawa', Singaporean producer and guest judge Yuni Hadi said, ‘Hawa has all the makings for an award-winning short film. It has compelling visuals and cinematography, thoughtful production design, evocative soundtrack, and above all, a powerful story. It is truly a creation deserving of recognition – both locally and abroad.”

Speaking at the Awards Night, Mr. Han Sang Yun, Managing Director and CEO at BMW Group Malaysia said, “The BMW Shorties has coursed a great distance in discovering and supporting local filmmaking potential in Malaysia since we started a decade ago. Today, we are proud to have found and helped raise so many promising talent who have gone on to create value and a legacy in the Malaysian filmmaking and advertising industry.”

Han added that with the theme ‘Journey’ this year, the BMW Shorties 2016 has set a new milestone in proving that is an abundance of film making potential in Malaysia. The BMW Shorties 2016 entries charted a new record in not only the number of submissions but also the overall improved quality shown in the entries. 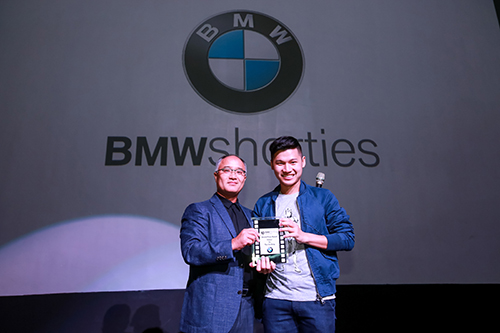 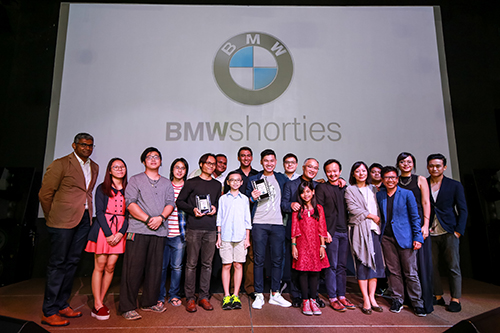 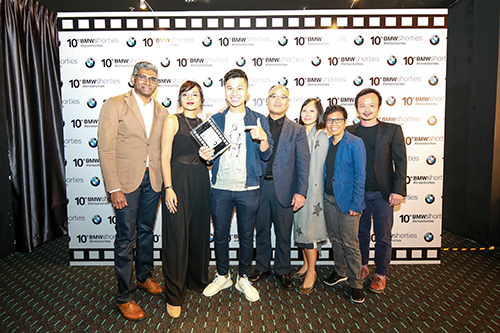 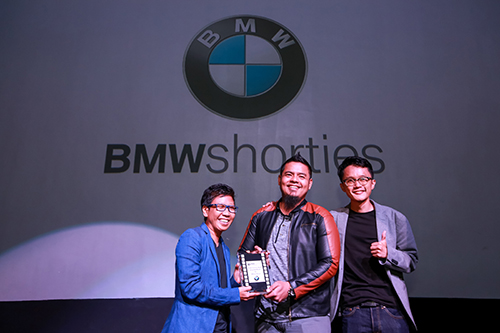 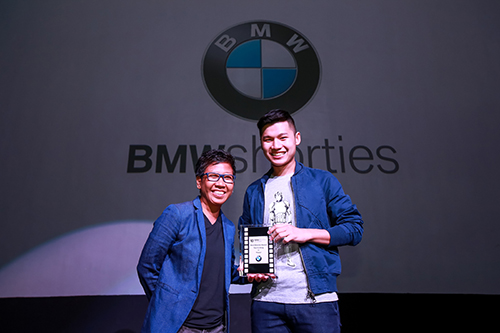 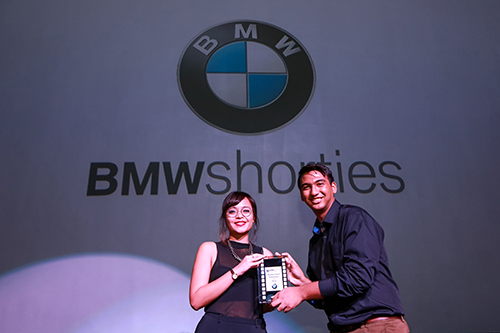 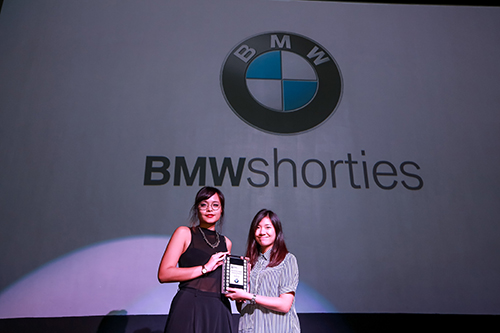 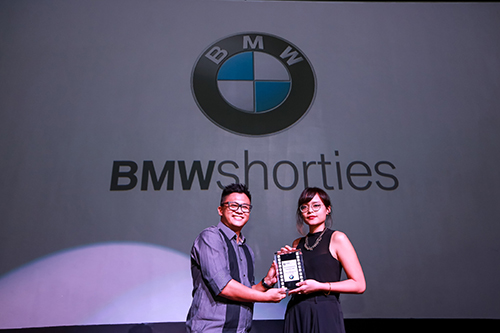 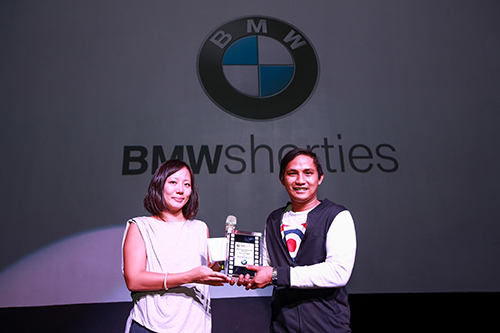 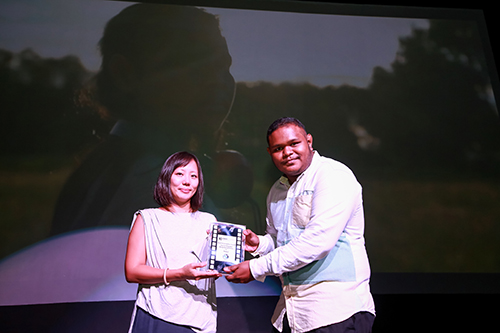 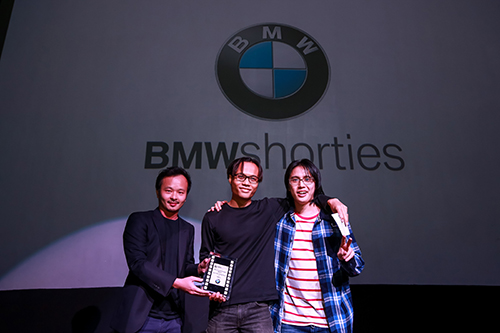 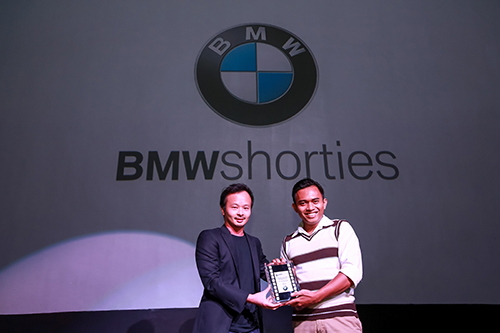