"When my production crew and I received the RM 75,000 production grant from BMW Group Malaysia, we were very excited and passionate about working on a story which would continue to take an opposing stance on mainstream film making culture. My goal is to push the artform in radical new directions and inspire future productions both in Malaysia and all over the world to do the same." said Taufiq Kamal at the premiere.

Kamal further explained that, "With 'Terbit 23', success is not only when we evoke a powerful message through our work. It is when the audience are placed to hold a more active and thoughtful relationship with the short film, thereby allowing them to emphatize with the thoughts and emotions of the characters throughout the story. It is then that we as film makers know we've succeeded in bringing our scripts to life."

Terbit 23' tells the story of Aditya, a struggling writer who finds himself in a state of flux when he meets Airis. The 17-minute short film explores perspectives on the significance of life, wherein the characters' thoughts, perceptions, and feelings are demonstrated through a wide range of film making styles. With the absence of linear narrative and the use of various abstracting techniques for each pivotal scene, the short film explores the permeable border between drama and documentary in a way that evokes recognition, melancholy and joy, while sticking to the mundane experiences of a man's life.

The main characters, Aditya and Airis, are depicted by Dali Bin Abdul Azis and Bianca Li Wei Brand respectively. Both actor and actress also made their acting debut with 'Terbit 23'.

During the premiere, Mr. Alan Harris, Managing Director & CEO of BMW Group Malaysia said, "The BMW Shorties was introduced as a platform to discover budding Malaysian film makers and to push the boundaries of their film making abilities for them be recognized for it. In Taufiq Kamal, we were able to identify an individual who pushes the boundaries of conventional film art who we believe will further invigorate the Malaysian film industry. The BMW Shorties is proud to have discovered Taufiq and his special skill in the art of film making and we wish him much success in the future." 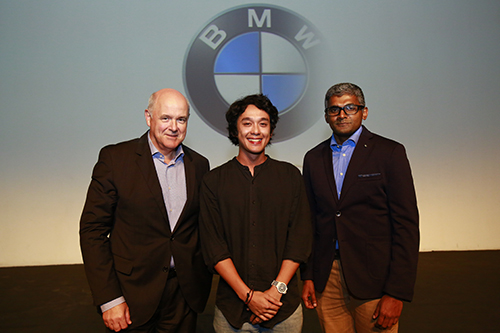 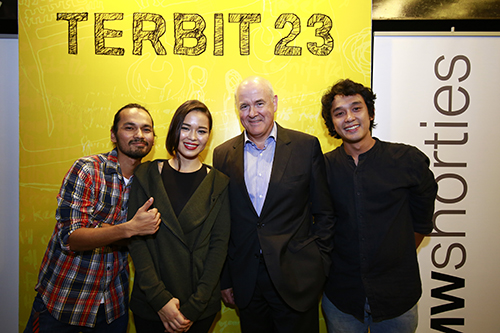 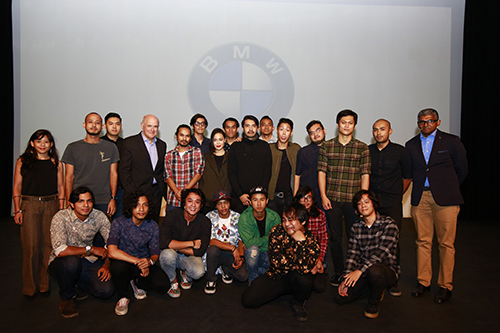