Promising film makers shortlisted as finalists for the 9th edition of the BMW Shorties, Malaysia’s most prestigious and longest running short film competition.

“The BMW Shorties program has come a long way since its creation in 2006 and it has been a privilege for us to have discovered so many talents in the past nine years. Each and every one of them is an embodiment of the emerging generation of talented Malaysian film artists. We have continued to be impressed by the sheer improvement of the quality and creativity translated through their films and we look forward to continuing our support for these film makers and their art in this highly competitive industry,” said Mr. Alan Harris, Managing Director and CEO of BMW Group Malaysia.

The theme for the ninth edition of the prestigious short film competition centres around ‘Change’ and is aimed at challenging the creativity of Malaysians in communicating changes through the expression of the medium of short film.

Harris further added, “The artists that we have discovered are hardworking and passionate individuals – characteristics we continue to see year after year through the film submissions. It is undoubtedly a challenge to give meaning to the ordinary and the mundane but we believe that their passion is the key driver of success for this competition. Through the BMW Shorties Festival 2015, we hope the public will also come to appreciate this as we continue promoting and showcasing these talented film makers’ creativity.”

The BMW Shorties panel of judges, which include a line-up of Malaysia’s best film making experts in the industry – Rajay Singh, Affandi Jamaluddin, Ismail Kamarul, Lina Tan and Nandita Solomon agreed that this year’s submissions have revealed true contenders and fresh talent.

Lina Tan who this year sits on the BMW Shorties panel of judges for the fifth time said, “The short films submitted this year made our judging process a challenging one. Each portrayed its own artistic flare and cinematic directions to create compelling stories that hold individual styles. I am very pleased to be part of the BMW Shorties panel again this year as it is really is a platform to discover grassroots film talent. It is very uplifting to continuously see emerging film talent in Malaysia come out from this competition.”

Affandi Jamaluddin, meanwhile, joins the BMW Shorties panel of judges for the second time since the very first competition and took note of the vast improvements in quality from the short film submissions since he was on the panel in 2007. He said, “The storyline, execution and overall quality that we received this year have surpassed my expectations. The BMW Shorties have indeed come a long way, just as did the young film talent, Abdullah Zahir Omar whom we’ve discovered in the first competition.”

Aside from the opportunity of winning the RM 75,000 production grant as well as recognition in a line-up of supporting awards, the nominees of the Best Screenplay Award will each qualify for the Red Films script development grant. The grant consists of cash and script consultancy from industry experts at Red Communications.

The Top Finalists short films will also be screened at the BMW Shorties Festival 2015 to kick start the public voting period for the People’s Choice Award which begins from the 28th November to 5th December, 2015. The short film festival will be held on Saturday, 28th of November 2015 at Hall 3 of the Cathay Cineplexes, eCurve and is open to public.

The BMW Shorties 2015 Top Finalists (in no particular order) are:

The BMW Shorties 2015 Top Finalists short films are now available for viewing and voting on the BMW Shorties website (www.bmwshorties.com.my). Members of the public are invited to vote for their desired People’s Choice Award winner which opens for voting from 28th November to 5th December, 2015. 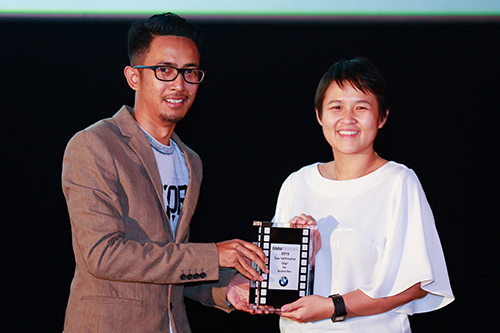 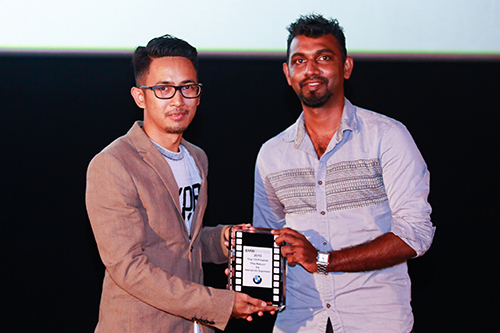 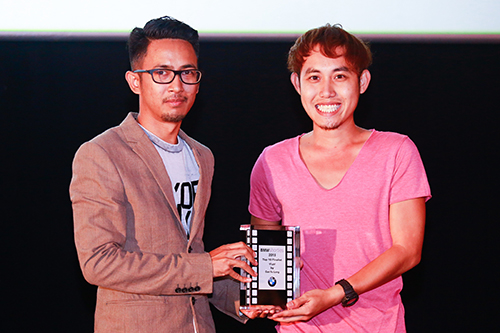 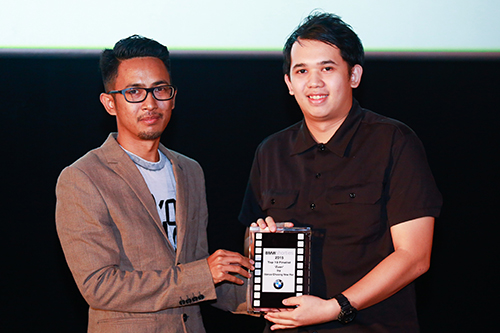 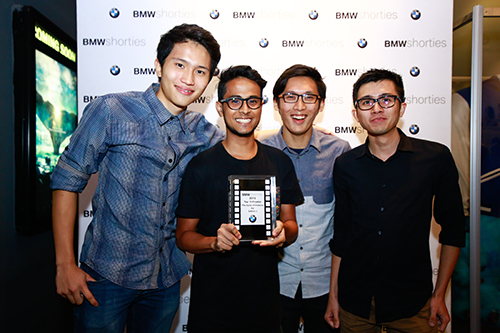 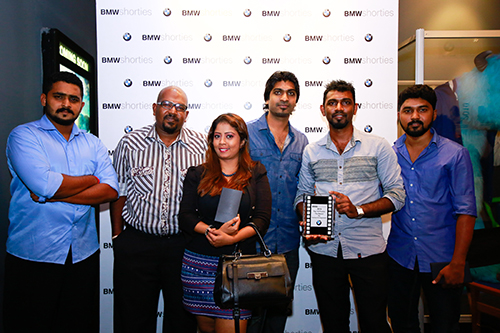 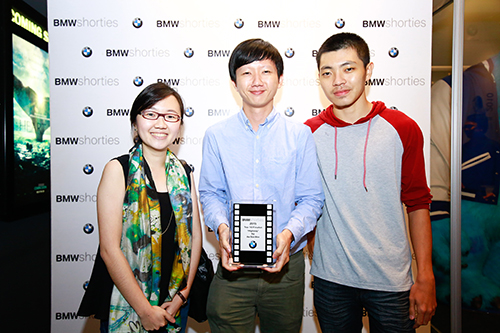 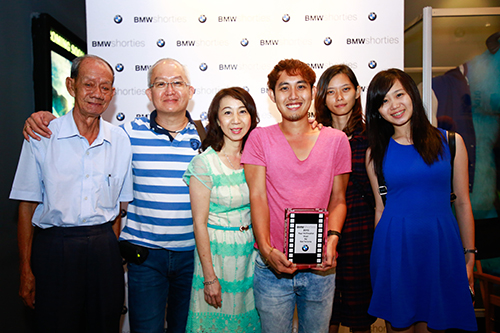 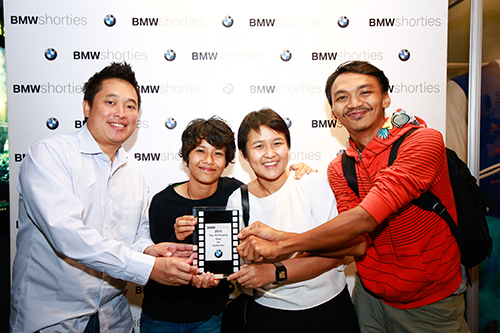 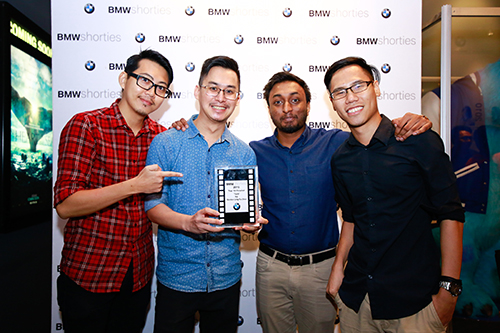 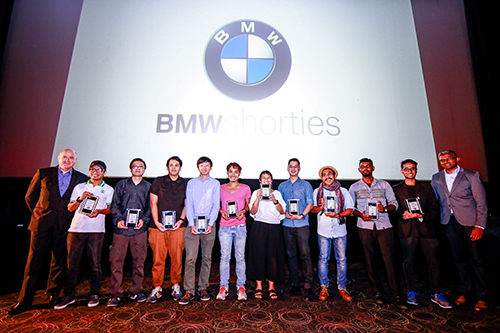 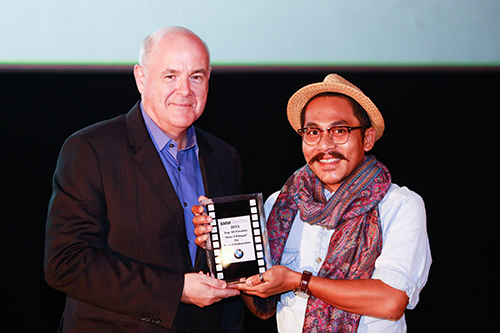 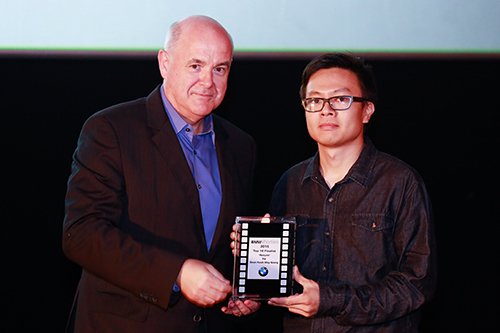 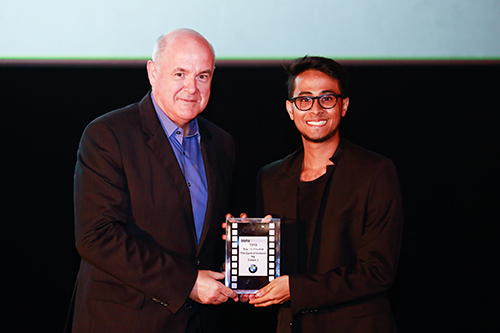 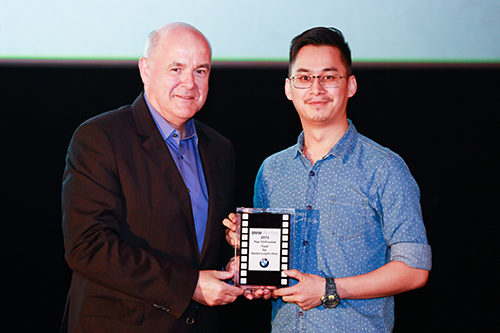 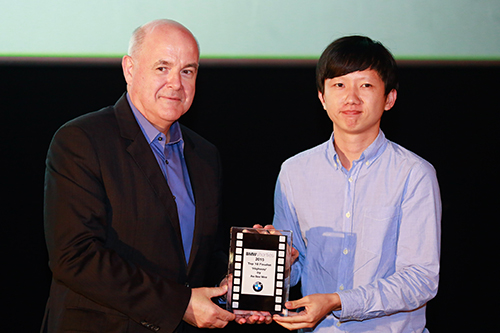 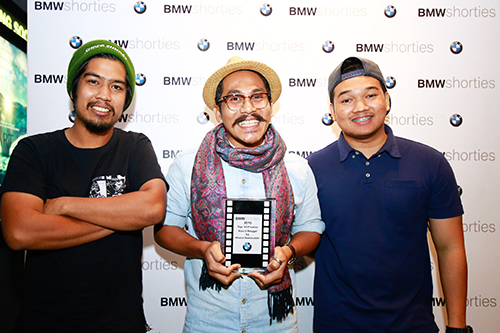